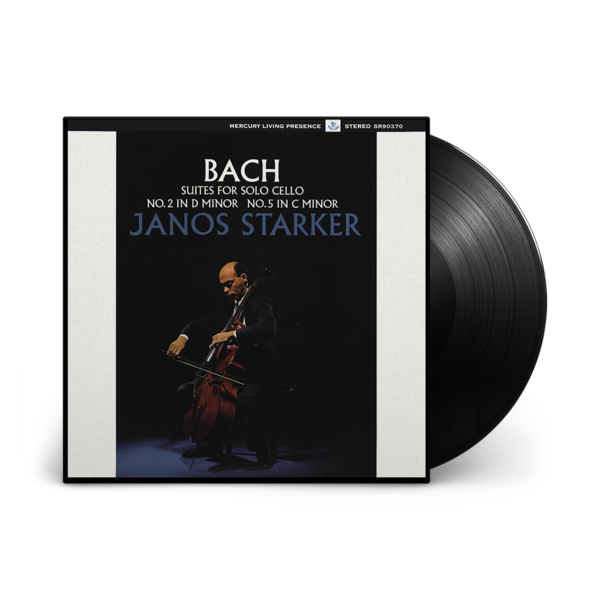 Long hailed as the audiophile's label, Mercury Living Presence represents an important milestone in the history of classical recording. Since they were first released, Mercury Living Presence LP records have been collected and coveted and 70 years after the label’s first release — Mussorgsky’s Pictures at an Exhibition, with Rafael Kubelík conducting the Chicago Symphony Orchestra — Mercury continues to be admired for the quality of its artistry and recordings: all celebrated for their sheer vividness of sound. This audiophile series sources the original first-generation master tapes. New HD transfers were made at Abbey Road Studios. Master files, including new 3-to-2 mixes for stereo titles, were produced by Thomas Fine, son of the original producer and recording engineer for the majority of Mercury Living Presence titles. Originally released in 1964, this first LP of Starker's legendary Bach Suites recordings for Mercury met immediate acclaim and encouraged Starker and the recording team to wax the other four Suites. All six Suites were released together in a 1966 box set. Recorded April 15 and 17, 1963, in Fine Recording Ballroom Studio A, New York City, using three Schoeps M201 microphones..