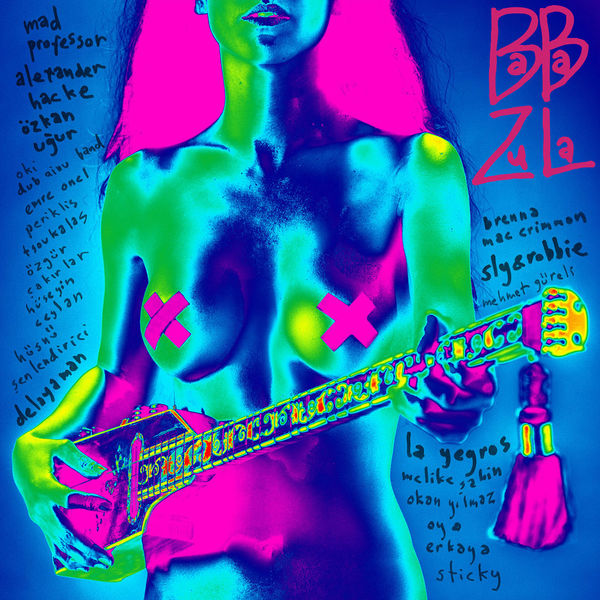 Formed by Ertel and Levent Akman in 1996, Baba Zula took Turkish psychedelic pioneers of the 1960s like Mogollar as their inspiration and foundation for what they called Istanbul psychedelia, the fathers of a scene that's since grown up around them.

Baba Zula came into existence when Ertel's previous outfit, ZeN, was asked to create a soundtrack by a director friend. Ertel and two other members were interested, and the band grew from that seed, with music for films very much a part of their output.

Since that small beginning, Baba Zula have played all over the world, won awards for their work in film and theatre, often been rewarded at the Turkish Billboard awards, and had their albums counted among the most prestigious ever released in Turkey. They've also built a global network of like-minded performers, experimental souls in all genres of music, working with people as varied as Turkish opera singer Semiha Berksoy, dub mixer Mad Professor, and Can drummer Jaki Liebezeit. And that, to Ertel, is one of the band's great successes. Those links and the band's deep and fascinating history are displayed in widescreen on XX. " Biz Size Asik Olduk " (We Fell In Love With You), for instance, is the only song they've ever created for a television serial, one that catapulted them to popularity all across Turkey. In typically perverse and playful fashion, although their biggest 'hit' – "Bir Sana Bir De Bana" (One For You And One For Me) – is here, it's not the original Baba Zula version of the song, but one featuring a duet between an Armenian man and a French woman.

The disc closes with a pair of previously unreleased live tracks. "Çöl Aslanlari" (Desert Lions) was mixed by Einstürzende Neubauten's Alexander Hacke, while "Abdülcanbaz" is taken from a performance at the Resistance Festival in Piraeus, Greece, with Ertel's electric saz powering and pushing the group higher and higher over a swell of percussion, electric oud, effects, and vocals.