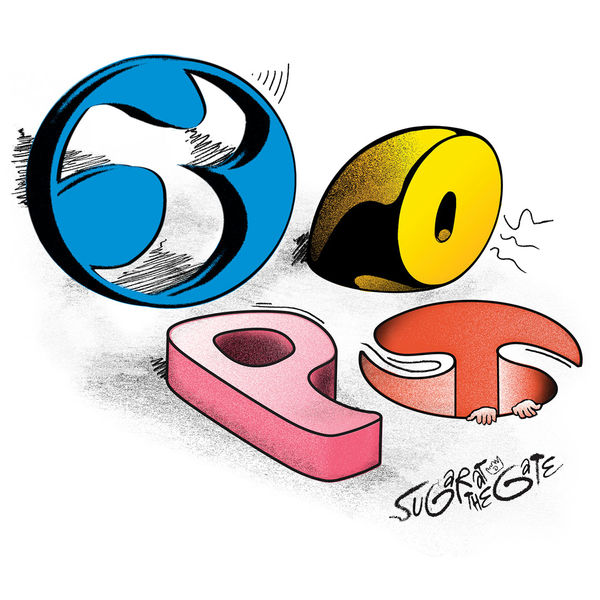 Sugar At The Gate

For Sugar At The Gate, their third and most ambitious album to date, Montreal's TOPS peaced out to LA. They lived and recorded at “Glamdale”, a mini-mansion and former brothel located in the Jewel City, Glendale, CA. The unassuming record unfolds slowly, taking time to reveal itself. Like nearly everything TOPS does, multiple meanings overlap with the album's title referring to orgasm, but also to carrot chasing, gatekeeping, and the social contract.

“Living in LA was living out a teenage fantasy,” says vocalist-songwriter Jane Penny, “ living with your band and practicing in the garage. It was also the first time we’ve ever had that much space to make music. I took the experience of living LA as a challenge to make music that I know is real to me, in the sense of it feeling true and containing true feelings, but also recordings of great songs, the real thing.”

Layers of sarcasm and sincerity seem to enfold the group like flower petals, yet TOPS' flawless musicianship and profound grasp of pop fundament are the surest sign that at the core, it's all as real as it sounds.