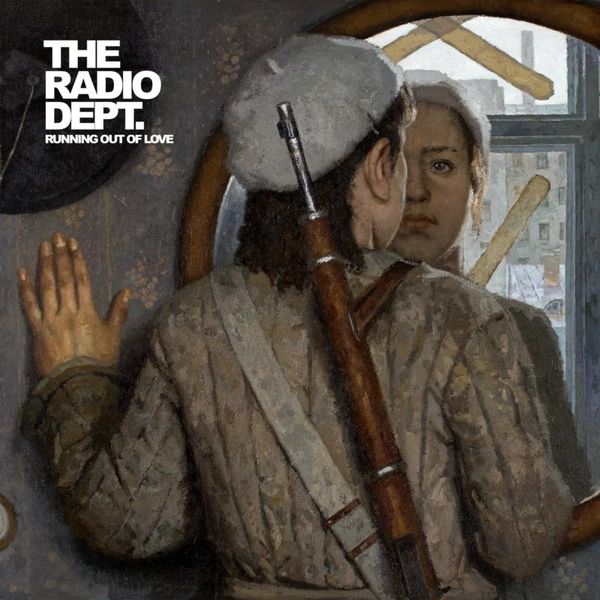 Running Out Of Love

Running Out Of Love isn’t the sound of hectoring; it’s The Radio Dept. getting on with the business of making important records, being one of the most challenging, uncompromising and rewarding bands we have and proving that political music is as vital as ever. – The Line of Best Fit

Angry, acquiescent and apathetic all at once, Running Out Of Love is an ideal album for our anxious times – The Skinny

Despite these potentially dour themes, Running Out Of Love is far from a gloom-fest, couched as it is in disco and '80s-influenced electronica – Uncut

Running Out of Love is absolutely true to the duo’s style and their assessment of today’s Sweden. – Consequence of Sound

"We have just finished our 4th full-length album, 'Running Out Of Love'. An album about life in Sweden in 2016 and how our society seems to be in regression on so many levels. Politically, intellectually, morally...It's an album about all the things that are moving in the wrong direction. It's about the impatience that turns into anger, hate and ultimately withdrawal and apathy when love for the world and our existence begins to falter." - The Radio Dept.

The band was formed in the early 2000's and released their debut 'Lesser Matters' on Labrador in 2003, later re-issued on XL in 2004. The album is considered a Swedish classic and appeared on the NME "Albums of the decade" list in 2009.

In 2006 Sophia Coppola chose to feature three of their songs in the film ‘Marie Antoinette’ which further helped them to achieve worldwide recognition and the same year the critically acclaimed album 'Pet Grief' was released and they topped the charts and received the 'best new music' accolade on Pitchfork.

Tracklisting
1. Sloboda Narodu
2. Swedish Guns
3. We Got Game
4. Thieves Of State
5. Occupied
6. This Thing Was Bound To Happen
7. Can't Be Guilty
8. Commited To The Cause
9. Running Out Of Love
10. Teach Me To Forget