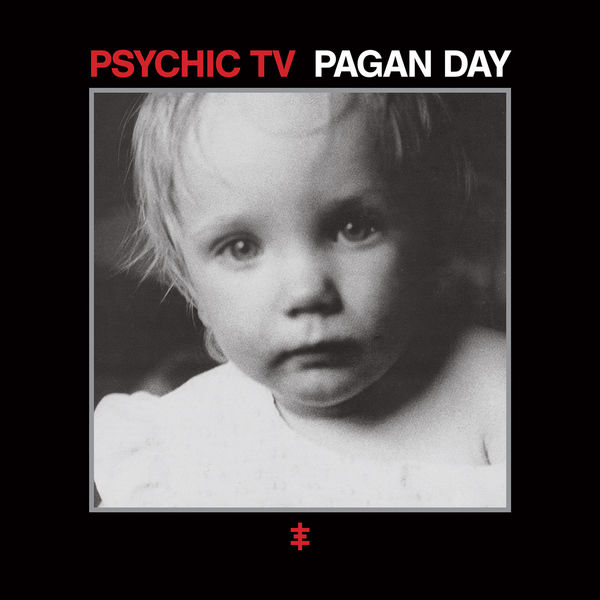 Shortly before Christmas 1984, the core songwriters, Genesis P-Orridge and Alex Fergusson, of underground arts collective Psychic TV quietly released a limited edition record containing sketches and ideas for songs. Some songs would become later fully-realized arrangements, some abandoned and others were just covered in praise of their creator. The record, in recognition of its seasonal release, was simply titled A Pagan Day, and would capture the intimate songwriting sessions that were prevalent during crucial time in the band’s career. In classic Psychic TV fashion, rumors and myths surround the album’s creation. Most have suggested that it was recorded in a single session over a cup of coffee on a lone 4-track cassette recorder above an old YMCA building in London, though later revealed that the recordings were from various sessions over the course of a couple years prior to the record’s release. After quickly pressing the songs to vinyl, the record was originally only available through Rough Trade for a few hours on December 23, 1984 and pressed on picture discs, which adorned a photo of P-Orridge’s first born, Caresse, in exactly 999 copies. The pressing sold out immediately that day which caused Temple Records, their “in-house label”, to later release a standard reissue version in 1986.

What makes the songs, or rather versions of songs, so unique is the primitive and fragile nature of the arrangements while the flimsy, immediate vocal delivery makes the album sit unknowingly between demo and fully realized album. “Baby’s Gone Away” and “New Sexuality” are just a couple examples of songs that fans of Psychic TV became intimately familiar with from live experiences, but on A Pagan Day, they are released in their infantile stages with no full band, just Alex & Genesis finding their way through the songs with an acoustic guitar, drum machine and organ. “Cold Steel” shows a true peek behind the curtain, sung effortlessly by Fergusson and would then later become the classic standard “The Orchids.” Most notable is the band’s cover of Pearls Before Swine’s “Translucent Carriages” of which P-Orridge accords special praise to Tom Rapp, the song’s original author and icon to both P-Orridge and Fergusson.