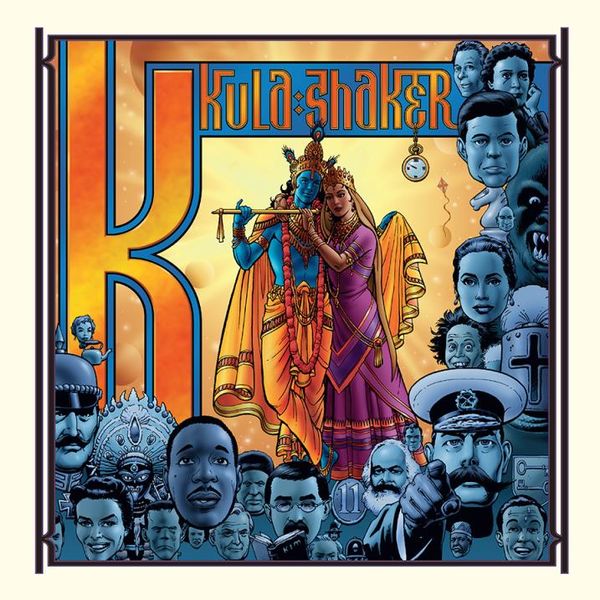 Following the release of their latest album K 2.0 earlier this year, Kula Shaker have announced a 20th Anniversary Edition of their debut album ‘K’ for release on BMG on 28th October 2016. The band are currently on a 40 date, 11 country tour which takes them up to the end of the year including two nights at the Forum in London. This celebratory edition of ‘K’ will be available on CD and LP formats featuring an extensive sleeve note booklet recalling the story of the band’s conception and the album’s creation including indepth interviews with the band, producer, designer and illustrator of the iconic sleeve.

With a blend of 60s rocking, Britpop and Indian mysticism, ‘K’ was born from the influences of George Harrison, The Grateful Dead, The Kinks, Deep Purple and the Doors. The album combined an onslaught of volume, overdriven guitars, and catchy melodies resulting in an album that remains an excellent blast of colourful neo-psychedelia. It produced four classic hit singles including ‘Grateful When You’re Dead’, ‘Tattva’, ‘Hey Dude’ and ‘Govinda’ and became the fastest selling British debut album of 1996, ‘K’ hit the No.1 spot upon release and still features in Q Magazine’s ‘100 Greatest Albums of All Time’ list.

The band will be playing the album in its entirety at the dates alongside songs from their following four albums. The release is a celebration of a stunning debut and reminds us of a great British band who, on their reformation have continued to excite and inspire fans all over the world. Far from gazing at the past, their confidence and continued success means they can commemorate this fantastic part of their history whilst forging ahead with new and innovative music and plans.