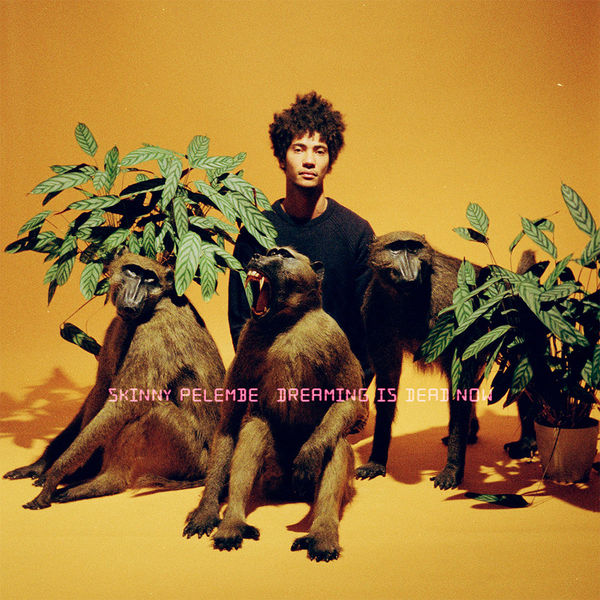 "A Sun-dazzled California folk is diced with the murkier corners of the UK dance lineage by the Doncasterraised, multi-talented wonder.

On “Dreaming Is Dead Now”, multi-talented wonder Skinny Pelembe meditates on grief, heartache, stunted aspirations and fresh possibilities in post-recession Britain. For his debut album, the Johannesburg-born, Doncaster-raised artist weaves together a patchwork of personal and musical touchstones; memories and observations are dreamily laced together, sun-dazzled California folk diced with the murkier corners of the UK dance lineage.

Tipping a hat to West London broken beat as much as My Bloody Valentine, the album was co-produced by Malcolm Catto (of The Heliocentrics, who’s previously worked with Yussef Kamal, DJ Shadow, and Madlib), who helped to distil down its bounty of ingredients into the record’s distinctive flavour. Tough, tight-programmed rhythms are washed over with fuzzy overtures, and the title track is the product of a studio session with a foundational drum & bass duo (credited under the covert alias of The Bleeding Edge). It’s the rare kind of record where the messy, in-between musical spaces are given a light to shine.

First discovered through the Gilles Peterson- and Brownswoodfounded Future Bubblers programme, Skinny has since made it onto Peterson’s iconic Brownswood Bubblers compilation series, performed and collaborated with fellow Future Bubbler Yazmin Lacey, and been tipped by the likes of Ghostpoet and James Lavelle. Praise has also come from The Observer, The Quietus and Huck, with previous singles “Spit / Swallow” and “I Just Wanna Be Your Prisoner” bumped up onto heavy rotation on BBC 6 Music’s A-List. He’s also been in demand for live sessions with The Vinyl Factory and Worldwide FM, and supported Nightmares on Wax and Maribou State.