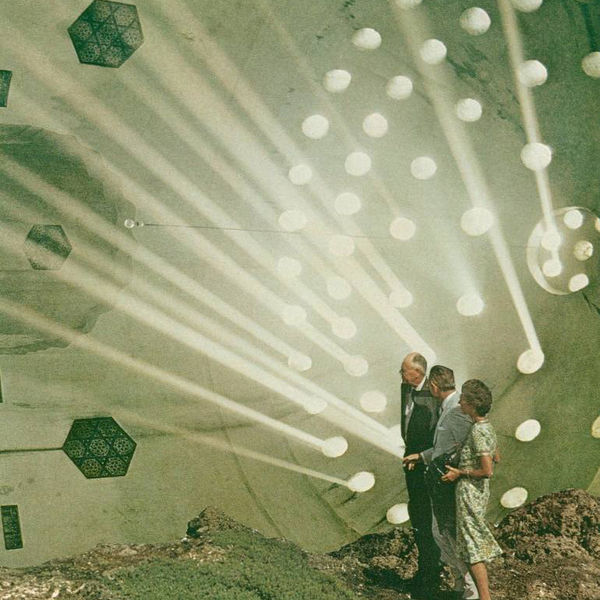 How can it be that a man and a woman, living oceans apart on opposite sides of the world, whose ages span the generations, unite in one similar vision? On Dorothy, Diagrams’ Sam Genders and 90-year-old Washington State-based poet, Dorothy Trogdon explore science and nature through a unique collaboration. It’s a beautiful album that spans space, distance and time, and shows there is much to learn from other generations.

“I’ve never been involved in a project quite like this but it’s one of the most inspiring musical experiences I’ve had,” recalls Sam. “Dorothy and I have both written about nature, our inner worlds, doubts and insecurities and we both like to touch on the scientific. I feel she would understand my occasional feelings of bewilderment at life, yet we share a sense of wonder and gratefulness for it through the experiences we've had.”

When Sam first read Dorothy’s book Tall Woman Looking, little did he know two years later, he and the Orcas Island poet would have written and recorded a whole record together. Moved by Dorothy’s way with words, she perfectly captured subjects like those explored by Sam on his 2015 album Chromatics, his 2011 debut Black Light and as co-frontman and songwriter with electro folk pioneers Tunng. “Before I knew it, I’d turned one of Dorothy’s poems into a song. This gave me the idea of contacting her to ask if she might consider helping me write some new songs. The project sprang from there,” Sam explains. “Meeting Dorothy, I was excited and a little nervous at first. It felt like we'd become friends through our emails and songs; I really hoped that connection would be real when we met. She was kind, humble and initially quite quiet and after having spent some time with her I'd also describe her as playful and fiercely intelligent.”

Putting her own poems to music was a new idea for Dorothy. A former Harvard architecture graduate and designer who began writing poetry on the side until she and her husband moved to Orcas Island north of Seattle, she, along with Sam, may have been a stranger to the musical and poetic fusion before them, but they shared a fascination with exploring the abstract; “As Sam reached out to me, I quickly felt my work was in respectful hands,” tells Dorothy. “We understood each other, were compatible in our means of expression. When we finally met in person here on Orcas Island, so far away from Britain, our friendship only deepened. My poems were out in the world seeking a reader, they met Sam who replied with music and a conversation began. Which is how all creation starts. We make nothing new alone.”

An album of aching melodies, thoughtful lyrics and charming arrangements that appear to freeze-frame moments in time, Dorothy is perhaps, Diagrams’ most traditional chapter of songwriting to date. It is a rich tapestry of folk-inspired songs, yet through combined layers of sonic elements, ignites a sparkling chemical reaction owed to the world of science. On ‘It’s Only Light,’ manipulated field recordings of Orcas Island weave throughout, resembling tiny particles whizzing around before hitting the ears. “Particle physics is one of those areas that touches on both the scientific and the magical. I love the idea that nothing we see is actually there in the sense we believe it to be,” Sam says. “Perhaps one day particle physics will help us unlock the mystery of what consciousness actually is.”

Pieced together like a meticulously crafted jigsaw over 4 days in drummer Rob Wilks’ studio in Kent, Dorothy features instinctive arrangements from Kelly Pratt (St Vincent, David Byrne, Arcade Fire, Beirut) and Diagrams regulars Sam Ewens, Danyal Dhondy and Astra Forward. On production duties Sam enlisted Kristofer Harris (Smoke Fairies, Clock Opera) for his wonderfully warm analogue style as well as the light skittering electronics of former Tunng and Throws colleague Mike Lindsay (Speech Debelle, Low Roar). “I knew Mike would bring something special to the final stages of the process,” says Sam, “and working with Dorothy has been a real inspiration. For me ‘Dorothy’ is all about being inspired and having a sense of wonder about the world around and within us.”