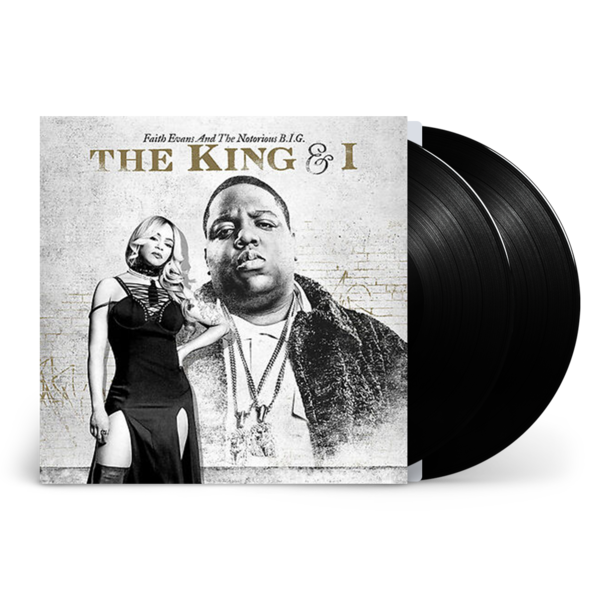 Faith Evans and The Notorious B.I.G.

The Notorious B.I.G. is widely recognized as one of the world’s most influential rappers and has sold more than 17 million albums in the U.S. alone. Before his murder in 1997, Christopher Wallace recorded two classic albums as The Notorious B.I.G. His debut Ready to Die arrived in 1994 and helped revitalize the East Coast rap scene with massive hits like “Big Poppa” and “Juicy.” Faith Evans has enjoyed worldwide success as an award-winning singer, songwriter, actress and writer. She has recorded eight studio albums, including the back-to-back platinum smashes, Faith (1995) and Keep The Faith (1998).

Faith Evans and The Notorious B.I.G. famously met at a photo shoot in 1994 and were married nine days later. What followed would become one of the most legendary love stories in hip-hop history. Evans has now, 20 years after B.I.G.’s still unsolved murder, created THE KING & I, a brand new album that tells the story of their life together. The LP includes 24 tracks, including newly recorded vocals by Evans melded with vocals by Biggie Smalls, some well-known but also a selection of rare and unheard rhymes from the B.I.G. vault.

THE KING & I also includes an impressive list of guest appearances by rap royalty including Busta Rhymes, Jadakiss, Lil’ Cease, Lil’ Kim, Sheek Louch, Styles P, and Snoop Dogg. Evans has also brought on some of the most acclaimed producers in hip-hop, many of which produced some of B.I.G.’s most famous tracks, including DJ Premier, Just Blaze, Salaam Remi, Stevie J, and Chucky Thompson.