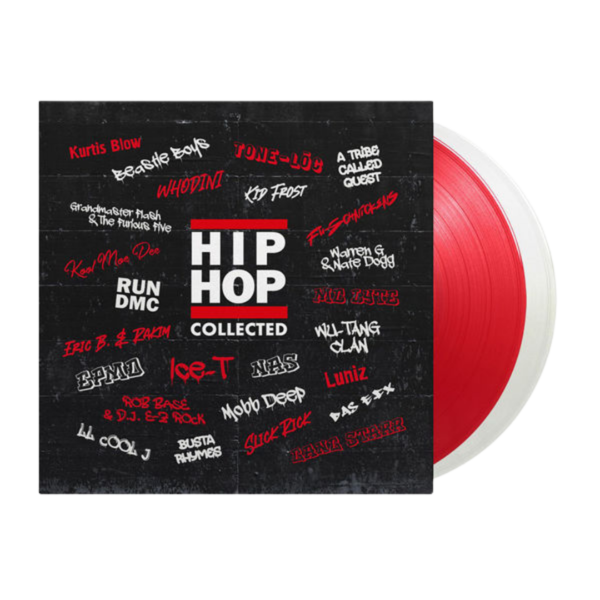 Hip Hop Collected will take you on a musical journey through the history of hip hop. This 2LP covers the first 20 years of the genre, showcasing 25 early pioneers who participated in the rise of hip hop. This compilation features music from the new labels that started to rise from the underground scene, like Sugar Hill Records, Profile and of course Def Jam. Including artists that defined a genre, a lifestyle and most of all, artists that inspired millions of young kids with both socially critical lyrics as well as classic party anthems.

This hip hop compilation album is part of the new Collected compilation series, which is a collaboration between Universal Music and Music On Vinyl. The compilations bring together the biggest and best names of its genre, combined with forgotten hits and less discovered gems, giving the listener an experience of both nostalgia and uncovering new musical grounds at the same time.

The 2LP features Kurtis Blow “The Breaks”, Grand Master Flash & The Furious Five “The Message”, Beastie Boys “She's On It”, Rob Base & DJ E-Z Rock “Get On The Dancefloor”, and Eric B. & Rakim “Paid In Full” amongst many others.

Hip Hop Collected is available as a limited edition of 5000 individually numbered copies on red (LP1) and white (LP2) coloured vinyl. The album includes an insert with liner notes, photos and credits.