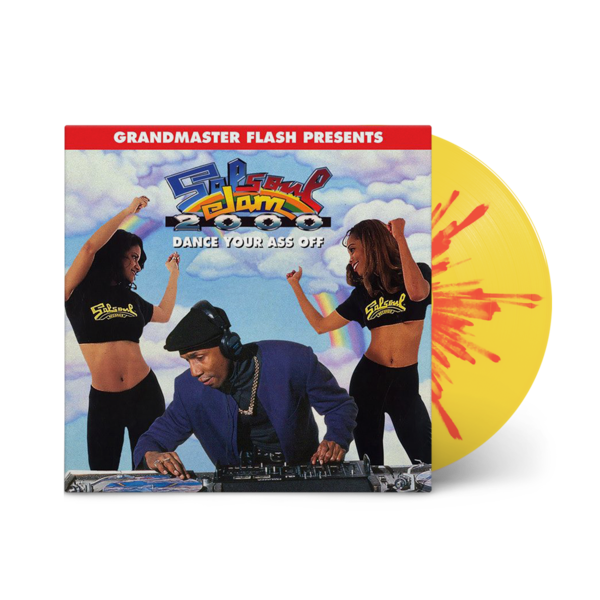 Originally released in 1997 - Salsoul Jam 2000 was Grandmaster Flash’s first album in nine years. A testament to his power as a DJ, the record was produced & segued together as one continuous mix in front of a live audience.

This is the first re-release of the album in two decades and it’s first repressing on vinyl since the original ‘97 release.

Salsoul Jam 2000 is a perfect introduction to the deep bench of talent on the Salsoul Records roster— featuring hits like “Let No Man Put Asunder”, “Love Sensation” & “Ten Percent”—while continuing to connect dots on the family tree from disco to hip-hop.

Salsoul had many hits in the 1970s but is historically best-known for releasing the first commercially available 12” (Giant) Single: Double Exposure’s ‘Ten Percent’. Revered by DJs & remixers alike, Salsoul’s catalog became the soundtrack of an emerging—and diverse—scene that embraced technical creativity.

Many of these records have resurfaced in modern samples & remixes: proof of Salsoul’s enduring legacy and it’s crucial role in shaping the sound of dance music.