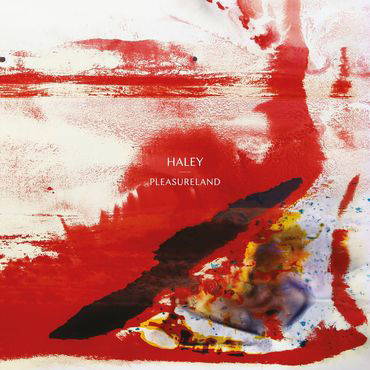 ‘Pleasureland’ is the newest work from Canadian-born artist Haley McCallum, known professionally as Haley Bonar for the past 15 years. In 2017, she changed her surname to reflect her maternal family name, now performing under the name HALEY.

Stark, minimalist, and melodically entrancing, ‘Pleasureland’ stands in a class entirely of its own, forging new but not unfamiliar ground for the Minnesota-based artist HALEY. Harkening back to her 2011 release ‘Golder’, which featured two instrumental tracks, McCallum has taken the instrumental concept a few steps further in a bold musical statement which features no vocals.

This time, McCallum’s musicianship and artistry take the lead. Transitioning from the erratic, synth-driven intro of ‘Credit Forever Part 1’ into the deeply enchanting ‘Give Yourself Away’, which blends piano melodies in the style of French Romanticism with the production stylings of Brian Eno to build a sonic landscape which is as lovely as it is uneasy. In the stoner-metal burner ‘Syrup’, McCallum’s lead guitar swaggers lazily over a fuzzed out, intense layer of distortion, featuring longtime collaborator and guitar wunderkind Jeremy Ylvisaker and Low’s Steve Garrington on bass. The intimate and devastating ‘Pig Latin’ showcases McCallum’s extraordinary gift for melody, carried by world class saxophonist Mike Lewis (Happy Apple, Bon Iver), tracked live in Haley's bedroom.

If you’re expecting the dark pop-rock sounds which have defined HALEY’s music thus far, you’ll not necessarily find them here - what you will find, however, is an album that swells with powerful emotion and raw beauty, holding space for those without a voice while simultaneously creating a voice of its own. ‘Pleasureland’ displays another side of a unique artist resisting the familiar aspects of success by redefining it for herself.