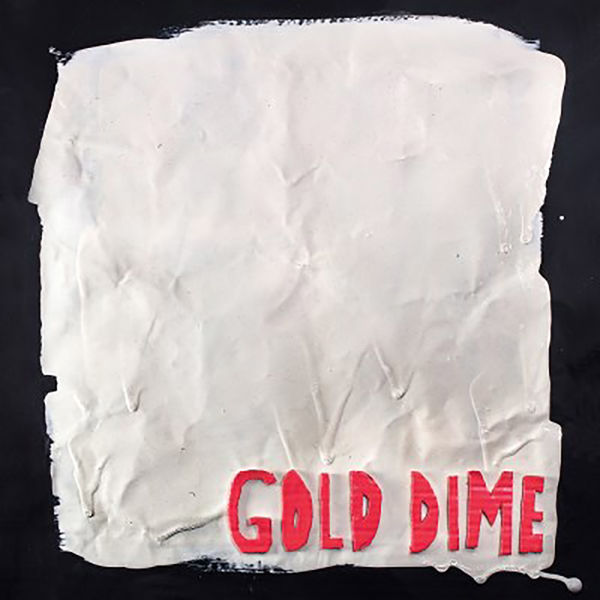 Gold Dime is a calling to relentless grit jolting listeners awake before turning meditative under a hypnotic drone. Raw but composed, GoldDime alternates between an aggression and intimacy, both so sincere, you cant turn away. Its transfixing.

Performing live as a trio since 2014, opening for the likes of Lower Dens, U.S. Girls and Xiu Xiu, Gold Dime is at last ready to release their hard-won debut album, Nerves. Gold Dime is the vision of Andrya Ambro. Ambro is best known as one half of the noise rock duo Talk Normal, who shared the stage with the likes of Sonic Youth, Wire, Yeah Yeah Yeahs and Zola Jesus. The dissolution of Talk Normal marked a shift in Ambros writing process. Going forward as Gold Dime, her compositions now veer towards an exploratory sound that is distinctly her own. Her drumming is rhythmically-centered, a reflection of driving West African beats crossed with a blunt industrial throbbing, which serve to both underscore and retreat from Classically- influenced orchestrations. Bass lines dance. Guitar riffs in rare tunings purposefully stray from typical rock n roll conventions. Their urgent squalls gracefully enter and exit, allowing for a permeable tension throughout each of these tracks. Ambros lead vocals are forceful - a prominent feature to Gold Dimes cover of the British spoken-word artist Anne Clarks All We Have To Be Thankful For.

Heres the pin on the map: this is noisy, unapologetic art rock. Think Velvet Underground meets Cameroonian godfather of weirdos, Francis Bebey, with Laurie Anderson on the mic, crooning like Andy Mcluskey of OMD. That only sounds hokey on paper; its not in sound. Gold Dime steals from the best of them the best of them being artists who took their tools and ideas outside of their comfort zones in favor of making a new one. Produced by Andrya Ambro, recorded by underground ringleader Justin Frye (PC Worship), mixed by Jonny Schenke and mastered by the acclaimed Sarah Register (Talk Normal), Nerves is a compelling artistic statement. From the compositions, to the arrangements, to the fully realized production, Gold Dime delivers in the details. Its an album of expressive clarity, galvanizing dissonance and entrancing grooves this is Nerves.