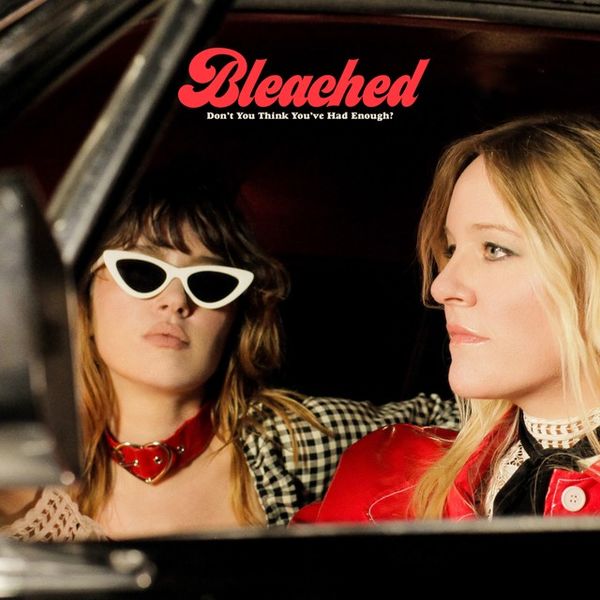 "Don’t You Think You’ve Had Enough? is what Jennifer Clavin asked herself when she hit a turning point in her life. It’s also the title of the new record from Bleached, Jessie and Jennifer Clavin’s first LP written from a place of sobriety. That newfound perspective serves as the guiding force, yielding a courageous, honest, and sonically ambitious album. It’s a record about fighting both literally and figuratively for your life -- and the clarity born from that struggle.

Writing began in early 2018, both in a Los Angeles practice space, and with friends and co-writers in Nashville. Producer Shane Stoneback (Vampire Weekend, Sleigh Bells) helped open every door to experimentation, wanting to be exploratory while keeping the sound singularly Bleached.

The resulting LP is explosive, grappling with the past; its twelve tracks mark some of the sisters’ most visceral, rawest songwriting to date -- and some of their best. The work glimmers with inspiration found in touring with the likes of The Damned and Paramore. That arenaready pop, incisively catchy, was a palpable influence helping to push Bleached’s sound in a new direction.

“Writing these songs while sober became somewhat of a spiritual experience,” Jennifer says. “Like I was connecting with a power greater than myself. I had to let go, trust the process, and allow an energy beyond my control to be present.”"