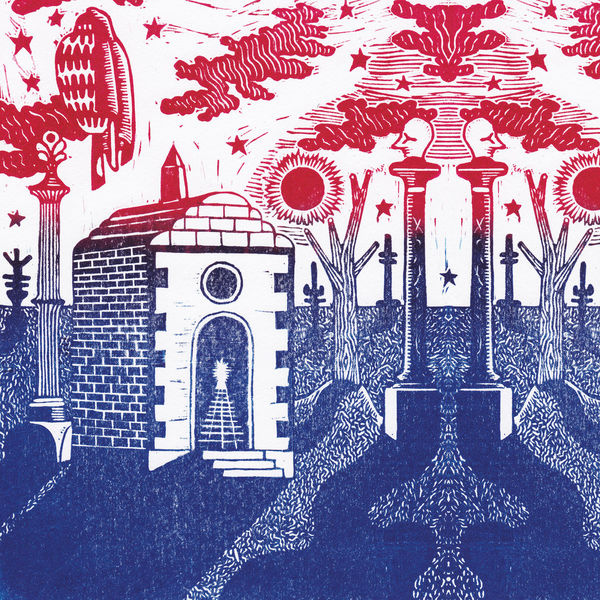 On UK quartet Novella's sophomore album Change of State, the plasticity behind the meaning of the title was no fortuitous afterthought. Rather, it is very idea on which the album was built. Following the band's debut, Land, released in 2015, the band has toured, traveling from one country to the next, and they have watched their home country of Britain change dramatically in social and political terms. Over the course of ten tracks, Novella take the time and space necessary to let the physical and ideological implications behind a changing state run rampant through themes that linger as much in topical discussion as they do in perennial reflections of human experience. Recorded over the period of a few months in the Victorian bedroom studio of James Hoare (Ultimate Painting, Veronica Falls) on an old 1960’s 8-track, this set up forced Novella to utilize an economy of sound on Change of State. They discovered that there’s beauty in simplicity and restriction as nothing could be gratuitously added or subtracted with the click of a mouse. It lent, what the band call a little Joe Meek magic to the process, and what could have been an added pressure instead gave way to instinct: “The best songs we wrote were written towards the end of the sessions, when we had too little time to think too much about them” Reflective, the songs wash over you as they delve into topics weightier than they seem upon first blush: stand out track “Change of State” references freedom of thought and those who seek to restrict it. Brooding with tinges of psychedelia, “Thun” touches on birth and the freedom of movement, which is mirrored in its almost motorik thrust. With deftly deployed subtlety, the album revolves around themes of conspiracy theories, elections, sound mirrors and the disillusioned texts of Murakami, JG Ballard and Kurt Vonnegut. However, in what may in fact be the ultimate comment on our time, it is entirely possible to enjoy all the ethereal swathes of textures, gentle melodies and energetic bursts that Change of State has to offer without ruminating on any of the elements that inspired it. Change of State may be product of its time, but the music is, more than anything, timeless.