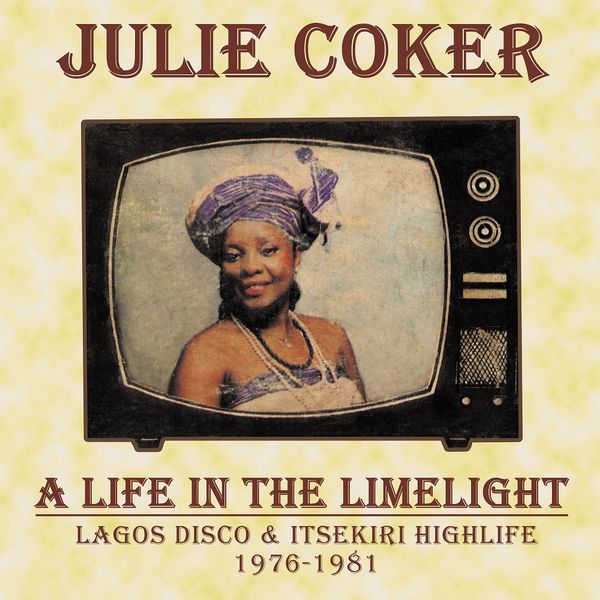 A Life In The Limelight: Lagos Disco & Itsekiri Highlife

"Kalita are honoured to release the first ever compilation focusing on the musical career of Julie Coker, the queen of Nigerian television. Here we collate seven of Julie’s most sought-after Afro disco and hauntingly-beautiful Itsekiri highlife recordings, accompanied by extensive interview-based liner notes and never-before- seen photos.

After gaining fame as Miss Western Nigeria 1957, Julie began her career in the Nigerian entertainment industry as the country’s first ever (and Africa’s second) female television presenter, as well as a popular national radio host.

In 1976, having been surrounded by close musical friends including Fela Kuti and Kris Okotie, Julie entered the Nigerian music scene with the now-invisible psychedelic highlife album ‘Ere Yon (Sweet Songs)’, followed in 1981 by the highly sought-after disco-centric ‘Tomorrow’ to great acclaim. Both now fetch eye-watering prices on the rare occasion that they become available for sale.

Here we select four recordings from ‘Ere Yon (Sweet Songs)’ and three from ‘Tomorrow’, all as contemporary-sounding today as they were when first released forty years ago. These include Julie’s ‘Ere Yon’, which was recently re-interpreted by Anderson Paak on his latest album ‘Oxnard’ released on Dr. Dre’s Aftermath imprint, and the lost Afro disco classic ‘Gossiper Scandal Monger’.

In partnership with Julie, we now believe the time is right to share Julie’s phenomenal story and music with the world once more.

- The first ever release celebrating the musical career of Julie Coker, the queen of Nigerian television.