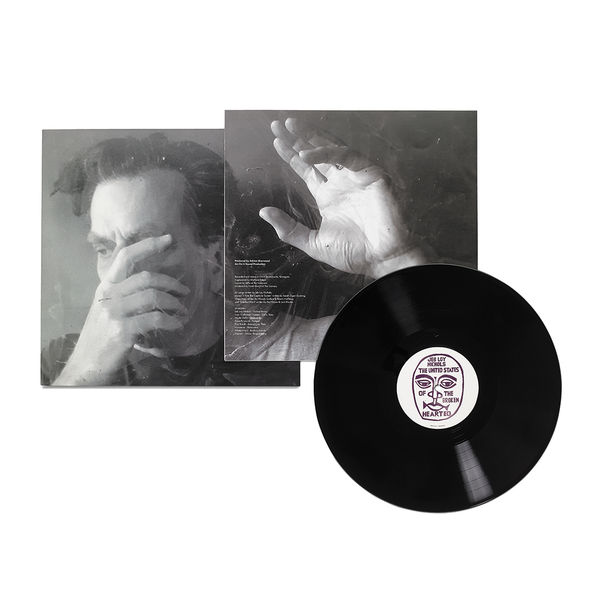 On-U Sound are proud to present a new album from longtime friend and associate of the label, Jeb Loy Nichols. Produced by Adrian Sherwood, with careful arrangements framing twelve beautiful, acoustic-based songs. The album features contributions from the likes of Martin Duffy (Primal Scream/Felt) and Ivan “Celloman” Hussey, fresh from his work on the massively acclaimed duo of Horace Andy albums, Midnight Rocker and Midnight Scorchers, both of which featured songwriting contributions from Jeb Loy.

Jeb Loy comments: "The United States Of The Broken Hearted has been forty years in the making. I’ve known Adrian, and considered him one of my closest friends, for that long. During that time we’ve spent more hours listening, and talking about, music than anything else. Reggae, Country, Folk, Jazz, Soul; it’s been the backdrop to our friendship. Adrian introduced me to some of my favourite music; Count Ossie, Culture, Harry Beckett, Mulatu Astatke. Through the years we’ve listened to Sun Ra, Lee Perry, Ornette Coleman, Johnny Cash, Woody Guthrie. A couple years ago, on a visit to Adrian, I mentioned Gram Parsons’s concept of ‘American Cosmic Music’, the melting mix of musical genres that constitutes a uniquely American sound. We talked about recording a record that incorporated all the influences I’d gathered, from Bluegrass to Jazz to Reggae to Soul. The United States Of The Broken Hearted is that record. We wanted to include Folk (Deportees), Country (Satisfied Mind), protest songs (I Hate The Capitalist System), and songs of my own that bore the marks of those that had gone before. I sang the songs and played guitar; Adrian brought in friends and fellow travellers to finish them. It’s all there, Soul, Jazz, Country, Folk; and underlying everything, Adrian’s Reggae infused production.”