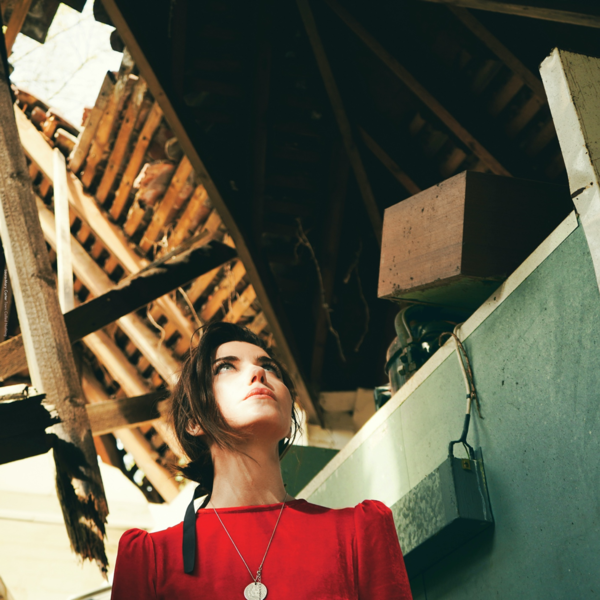 Laura-Mary Carter, best known as one half of rockers Blood Red Shoes, will make her solo debut this December with the release of mini-album, Town Called Nothing. A much quieter and more contemplative sound than her usual guitar-shredding anthems, Town Called Nothing was written in between tours at various sublets and studios in the UK and Los Angeles. "I found a beat up acoustic guitar and without thinking about it songs just started to come to me," she shares."The idea of writing on an acoustic guitar was new to me, I’d always written songs for my band which has a very heavy disposition. I realised that writing in this intimate way exposed my voice and changed the way I was writing and singing lyrics." The record was produced by Ed Harcourt at RAK studios, UK, who also played bass and piano, plusJorma Vik (The Bronx, Eagles Of Death Metal) on drums. Along with the news, Laura-Mary shares the title-track "Town Called Nothing" - a country-indebted lament about the inescapable pull of a relationship doomed to fail. It was the first song penned for the record, written in just under an hour, on a late evening in Los Angeles. “She told me that I will always see a different town on a different day," says Laura-Mary Carter, recalling her first ever tarot reading as an early teen. “I get it now." It’s no surprise then, that Laura-Mary found herself starting the rock band Blood Red Shoes, who have spent 17 years touring the world. Playing well over 1000 shows, from London to Los Angeles and Moscow to Melbourne, she was sometimes away from home for over 250 days of the year, and with plenty more to come. But her detachment from a place called “home” started much earlier in life. Born to an Irish family, Laura-Mary moved around a lot as a child, and was the only one of three siblings born in the UK. “I guess I’ve always been the odd one out,” she reflects, “and on top of that everyone is much more outgoing than me." Introverted and artistic from a young age, Laura-Mary started writing songs “from before I can even remember, to be honest,” and spent a lot of time painting. “I mean I was studying art actually… but the band happened,” she laughs.