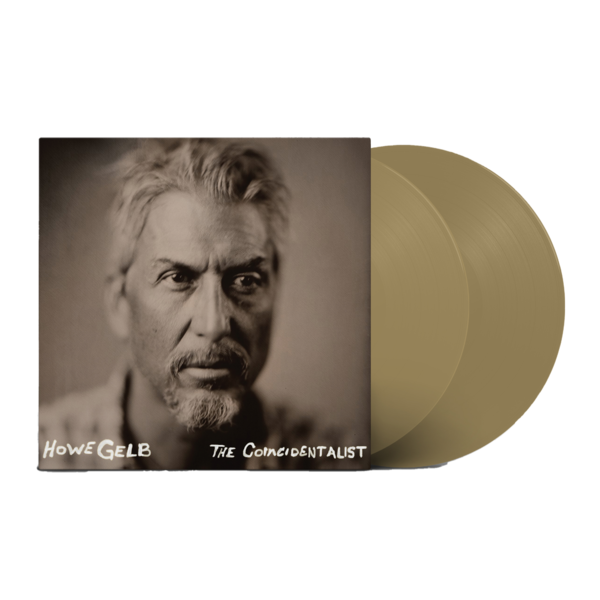 Released on gold vinyl, ‘The Coincidentalist’ and ‘Dust Bowl’ are two discs of Howe Gelb filled with randomness and happenstance, a typical treasure trove spanning all genres from alt country to Cohen-esque grandeur. They traverse, unflinchingly, his chameleon-like repertoire. This deluxe re-issue includes ‘Dust Bowl’ on vinyl for the very first time, with the records housed in a gatefold sleeve featuring updated artwork and liner notes.

‘The Coincidentalist’, originally released in 2013, features a raft of friends and collaborators including Bonnie Prince Billy, Andrew Bird, M. Ward, Steve Shelley, and Jason Lytle of Grandaddy with John Parrish on mixing duties. Ever the focal point of Giant Sand and Gelb releases, the Arizona Desert serves as a key inspiration for the record, animating the baron landscape with stories of those that have navigated them. Praise for the release was not short, with AllMusic proclaiming that it’s “one of Gelb's most realized efforts; despite its relaxed, airy presentation, it's musically and lyrically provocative, as poetic, strange, and mysterious as the desert itself."

The accompanying collection ‘Dust Bowl’ is a personal sketchbook of songs, a more stripped back set than it’s counterpart. Featuring everything from the country blues of ‘Porch Banjo’ and ‘John Deere’, to off-kilter piano ballads like ‘The Old Overrated’ and ‘Reality Or Not’ and the deconstructed desert pop on ‘Forever And A Day’ and the fragile ‘Man On A String’. ‘Dust Bowl’ is an insider’s view of Howe’s songwriting craft, a unique insight into the man himself.

“‘Dust Bowl’ was primarily for fans that have followed me for a while. ‘The Coincidentalist’ is for the friends of the fans.” Howe told Under The Radar. While Nightlife magazine reported that; “Without warning, the Giant Sand frontman and polymorphous countryman dropped this compilation of house recordings via Bandcamp… At a time when so much harmless, soulless folk resonates, Howe Gelb is a mandatory point of reference for any fan of the genre.”