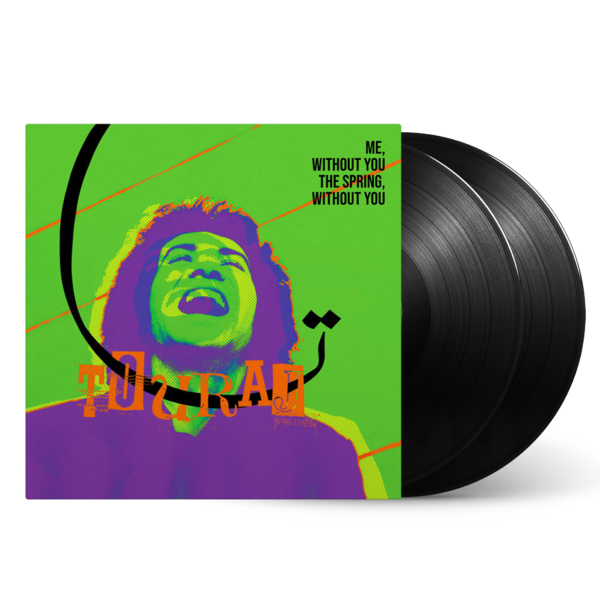 Iran. A space of projections, of dreams and of fears. On TV, we see pictures of women wearing hijabs and turban wearing men. “Axis of Evil”, nuclear threat, we have all heard the buzz words. But those who look further, quickly encounter a fetishized idea of Iran. East-western divan, Hafiz, Avicenna. Mosques in bright turquoise, culturally interested travellers. A bit better, but a projection still, two-dimensional at best.

But Iran is also a country filled with a rich history of pop culture: especially the years before 1979 are knows as the “golden years” of Iranian pop that developed out of influences from European and USAmerican art in the 1960s. Western pop compositions collided with traditional Iranian song writing, Persian lyricism with harmonies inspired by Western genres such as classical music or even psychdelica. Artists like Viguen, Googoosh, or Fereydoun Farrokhzad established pop music in Iran Understanding the extent and reasons for the influence of Western symbols of pop art in Iranian culture, given the political, cultural and social conditions of Iran requires careful research. As some studies in the field of pop music in Iran show, this issue has been more dependent on the political, social and political developments in Iran than on the well-known pop stars, until the revolution of 1979 put an end to this culture – to this day, women’s singing is banned and heavily regulated. One of the most influential artists of this Golden era was Touraj Shabankhani, who died in December 2019 at the age of 70. As a songwriter and composer, he created hymns. Songs for singers such as Fereydoun Foroughi, Ebi, Sattar, Neli, Marjan und Beti, Songs, that are played in Iranian households to this day. Far less known, however, is that he also performed and sang himself His songs show a unique, non-conformist style that leaves space for the poetic prowess of his lyrics to shine. His songs show a unique and non-adaptive style that leaves room for the lyrics he chose to compose. Poems of modern Iranian poets or some poems of classical poets in the history of Iranian literature. Touraj created his very own way of fusing traditional and modern Iranian poetry with harmonies that are based in traditional Iranian music as much as they are in rock and pop music from the West. Touraj developed his own method of combining classical or modern Iranian poetry with harmonies that used both the melodic atmosphere of traditional Iranian music and the style of Western rock and pop music. Sound embraces words, highlighting them instead of adapting poetry to the music. Especially in his own work, Touraj blended the lyrical and musical heritage of Iran with European-style performance in a fashion very rarely pursued by other musicians before or after him. The result? Songs full of melancholy, enrobing their listeners, at times full of opulence, sprinkled with psychedelic moments such as on “Take a Blue Handkerchief”, then again appearing almost fragile, as heard on “The Unique Gem”, and in other instances falling into more rock-forward realms as “Not Anymore” does. This album compiles Songs that Touraj recorded between 1973 and 1978, arranged and orchestrated by the French composer Eric Arconte, who became one of the most influential arrangers of Iranian pop music in the 1970s. The songs were often published on almost forgotten compilations through various labels, mostly on cassette or vinyl and in rather bad quality. After the revolution, when pop music was banned in Iran, Touraj was forced to give up music and work in various ways, including antiquities. But at the same time, he composed songs in private and recorded and archived them on tape. However, after the relative opening of the political space, he occasionally wrote songs for singers of the music generations after the Iranian revolution, but his singing activity was postponed. And it almost would have been forgotten, if Touraj had not, unlike many of his peers, kept an archive of his master tapes. Before his untimely death, he had planned to compile, refine and remaster his collected works. But unfortunately, he did not live to witness this plan come into fruition, as he was probably one of the first Iranian victims of Covid in December 2019. Touraj’s exceptional compositions not only highlight the extraordinary significance of lyricism in Iranian music, they are an impressive reminder of the golden age of lyrical Iranian Pop. Particularly in times like these, with a heated political atmosphere, where alleged differences between the East and West are painted particularly dark, Touraj’s compositions appear almost utopian, but it is a musical utopia that came true once, where there are no differences, just music, music that folds us all into its very own world of melancholia and resilience.