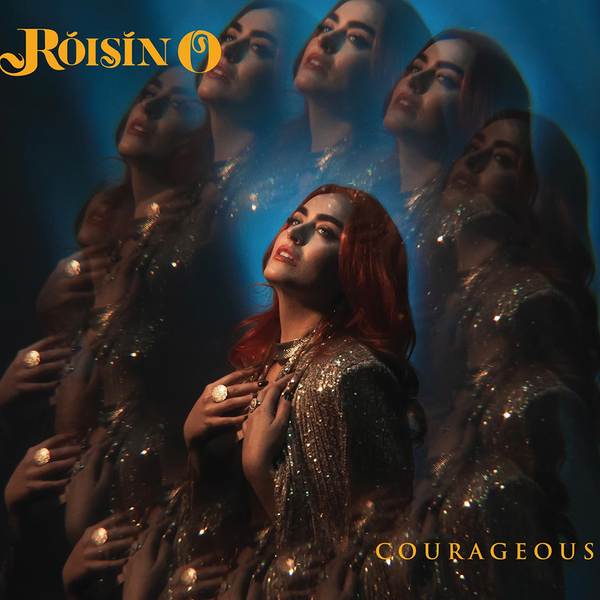 Róisín O returns with sophomore album Courageous Released Friday 1st July on CD and Vinyl The long-awaited sophomore album from Róisín O Courageousis released Friday 29th April 2022. A musical autobiography charting the last few years of her life and dealing with loss, heartache, breakups, letting go, growth and ultimately finding hope, this is an album that chronicles never heard before chapters of the life of one of Ireland’s most distinctive and talented female voices of the last decade, Róisín O.

With a rich heritage in the Irish music scene, this album is Róisín’s courageous return to solo artist territory afterimmersing herself in other successful collaborations and musicprojects since her debut as a 24-year-old, performing as part of band Thanks Brother and achieving a No. 1 single ‘Dreams’ with Irish Women in Harmony. As she makes her mark as a performer in her own right with this second album, Róisín has also recently signed to Blix Street Records in the US.

Combining Róisín’s incredible vocals with her innate skill as a song writer for composing indelible lyrics, this is an album that will allow the listener to accompany her on a journey of heartbreak and healing – but in true Róisín style, there’s plenty of irresistible tracks that will make you turn up the volume and dance it all out!

Following the success of her 2021 singles ‘Heart+Bones’, ‘Still Gold’, her top 20 hit ‘2023’ and her most recent offering co-written with international hitmaker singer-songwriter Gavin James ‘Stolen’ - which soared straight to the top spot at No. 1 on iTunes - Róisín’s album includes new title track ‘Courageous’, produced by Danny O’Reilly of The Coronas and James Butler. According to Róisín, the single “relates to the circumstances of the album’s creation as a whole. Deciding to return to my solo career was a huge step for me and took courage I didn’t know I had.” Róisín O said: “This album has been about eight years in the making. Since my debut album I’ve made a lot of different career moves but in 2021 I finally come back to my solo career as Róisín O.

After writing the first single Heart + Bones in 2020,the songs just poured out of me and the time finally felt right to release my second album. Releasing an album has always been a daunting thought since my debut, something I kept putting at arm's length. The pandemic affected so many people in different ways and for me, it really gave me the time to take stock and reassess why I was doing this in the first place. I do this because I love performing, I love writing songs and seeing people connect with them or move them in some way.

“‘Courageous’ is the last song I wrote for the album. When it came to picking a title for the album this track stood out instantly; every song on this album has an underlying theme of courage and it has taken me a huge amount of courage to finally get to this point in my career. I took the long road but with some courage, I’m so proud to be releasing my sophomore album Courageous.”