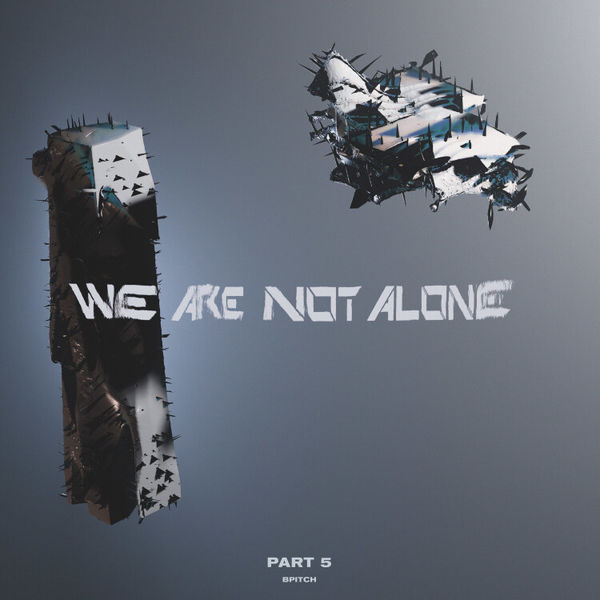 Ellen Allien's innovative party series We Are Not Alone was launched in 2016 and remains committed to inviting an exciting crew of artists to perform at the 36 hour events, now in a new home at RSO.BERLIN, where they returned with bang over 36 hours and 3 floors in May.

The We Are Not Alone compilation features artists that have played at the parties, as well as those who will join the line-up for future events. The 4th, 5th and 6th parts include music by Ellen and established names names such as Thomas P. Heckmann, Dollkraut & DJ Europarking, Francois X, Phase Fatale and Etapp Kyle. Rising stars Nene H, Nur Jaber, Stephanie Sykes, Wallis and Métaraph. BPitch signings including Rosa Anschütz, Shaleen, Matasism and Uncrat.

For this installment of the series, Ellen Allien collaborates with esteemed director and photographer Stini Roehrs for the multidisciplinary project ‘’AFTER DARK – Emotional States of Techno’’, consisting of a virtual rave film, book and exhibition produced by AKKURAT Studios, and the We Are Not Alone VA, which is to be released physically and digitally via BPitch.

The next We Are Not Alone parties take place at RSO, Berlin in July, August and October of this year. 22nd July, CSD weekend, is set to be a single night event on two floors. 20th August a We Are Not Alone floor during the RSO Club Festival and then we’ll be back for over 30 hours on 15th & 16th October. Watch this space.