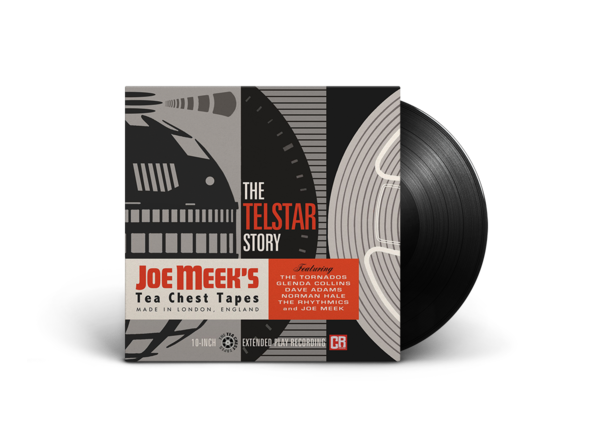 Released in August 1962, ‘Telstar’ became both Joe Meek’s signature recording and one of the best-selling and best-loved British singles in history.

Famed for its revolutionary blend of far out sound effects, pulsating pop rhythms and an other-worldly melody courtesy of the clavioline, the tune resonated across the world, making Meek a household name and shining a light on his home studio and secretive recording techniques.

Recently discovered among his legendary Tea Chest Tapes archive, the eight tracks featured here, alongside Rob Bradford’s excellent chronology and track-by-track notes, tell the story of a remarkable week-long burst of energy which saw Joe Meek conceive of, write, record, overdub and edit the song ready for rush release to capitalise on the launching of the Telstar satellite.

Through a trio of demos, the original, non-overdubbed Tornados track, sound effects, alternate versions and a previously unheard Glenda Collins vocal version renamed ‘Magic Star’, prepare to be transported to 304 Holloway Road in the early 1960s.

The kettle is on, the neighbours are banging on the walls, Meek is at the height of his powers and tape is rolling….