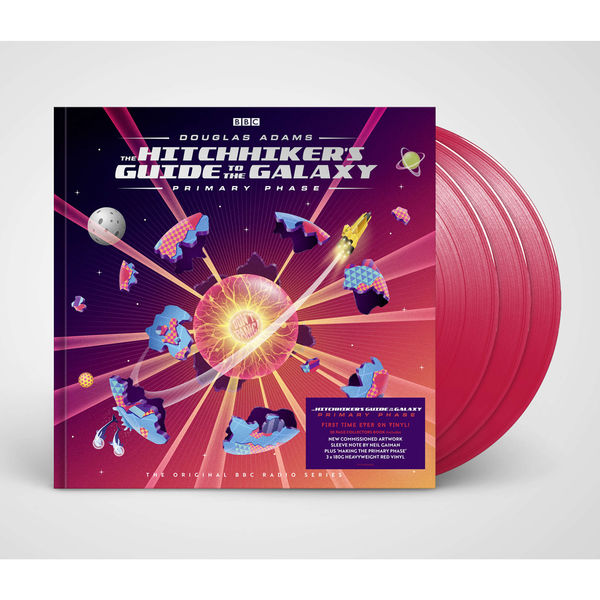 More popular than the Celestial Home Care Omnibus! Better selling than 53 More Things To Do In Zero Gravity! This is the story of The Hitchhiker’s Guide to the Galaxy….

For the first time ever on vinyl, the original six episodes of the BBC radio series that became a global phenomenon released to celebrate the 40th anniversary of its original broadcast.

Each volume also includes a ‘Making of’ sleeve note by Jem Roberts, author of The Frood: The Authorised and Very Official History of Douglas Adams & The Hitchhiker’s Guide to the Galaxy.