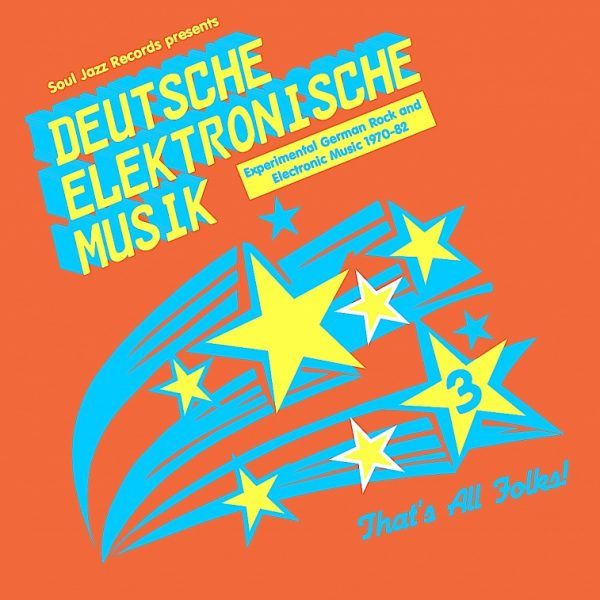 A hypnotic collection of some of the most out-there but most satisfying music of the 70s, whether you dig sprawling synth journeys, chugging guitars heading down a motoric highway or some flute (who doesn’t love flute?) this is the comp you need.

The music of ‘Deutsche Elektronische Musik 3’ ranges from the introverted pastoralism of Hans Joachim Roedelius and Bröselmaschine to the angular and futuristic electronic experimentations of Klauss Weiss, Pyrolator, Deuter and Michael Bundt, to the proto-punk of La Düsseldorf and the heavy space, progressive and cosmic rock of Missus Beastly, Niagara and Dyzan.

The music on ‘Deutsche Elektronische Musik 3’ was recorded in the 1970s up to the early 1980s, at a time when forward-thinking German electronic and rock groups were searching for a new musical identity in order to separate themselves from both the cultural legacy of post-World War II Germany as well the ‘cultural imperialism’ of USA and UK rock. In this process, German groups created some of the most unique and inspired music, the defining motorik beat alongside a host of ethno-musical influences from far afield - including Turkey, India, Brazil - as well as the musical and futurist possibilities of developments in electronics and technology itself.

‘Deutsche Elektronische Musik 3’ is released as a deluxe double CD pack, heavyweight triple LP and digital download album. The new extensive sleevenotes are by David Stubbs, who is the author of the acclaimed book ‘Future Days: Krautrock and the Building of Modern Germany’ (Faber & Faber).