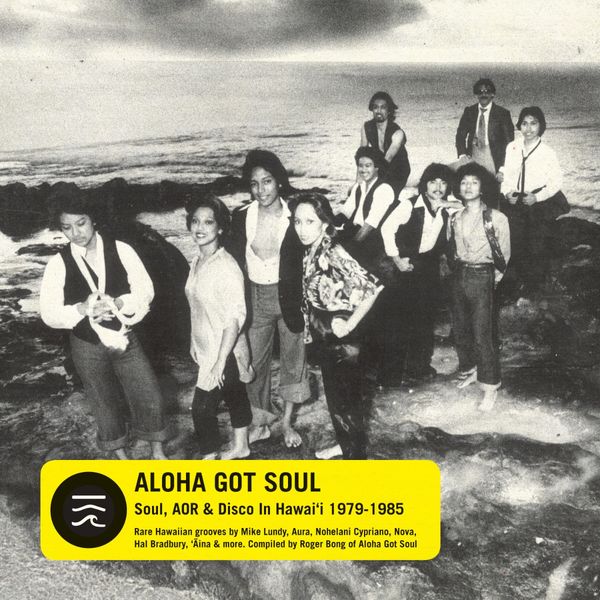 Limited yellow vinyl pressing of a seminal compilation. ‘Aloha Got Soul’ encompasses a vibrant era of contemporary music made in Hawai’i during the 1970s to the mid-1980s as jazz, rock, funk, disco and R&B co-existed alongside Hawaiian folk music. Hawai’i’s identity had undergone huge change: statehood into America in ‘59 and the Vietnam War were the backdrop as Hawai’i’s youth found inspiration in a new wave of international music led initially by The Beatles and Stones and, later, by US R&B bands like Earth Wind & Fire and Tower Of Power. Garage bands flourished during the ‘60s and, by the ‘70s, live music was at its peak. Waikīkī was filled with clubs: The Point After, Infinity’s, Hawaiian Hut, Spats and more.

For the ‘70s generation of artists, some came through the talent contest ‘Home Grown’ and its accompanying compilation LP. In 1978, Hawaiian was made the official state language and a huge movement arose to revive hula and traditional music. Steve & Teresa’s ‘Kaho’olawe Song’ longs for an island long gone: the US military had used Kaho’olawe as a bombing range since Pearl Harbor. Nohelani Cypriano sang about the once sleepy town of Kailua, now a popular tourist destination: “Kailua needs no high-rise with her blue skies, not for our eyes. Can you realize?” Leading Hawaiian artists like Aura, Mike Lundy and keyboardist Kirk Thompson’s Lemuria took time in high quality facilities like Broad Recording Studio to make albums. Others grabbed studio time when they could: Tender Leaf’s Murray Compoc worked for the city bus by day and recorded an album during night sessions. Other albums were spontaneous. In 1983, Steve Maii & Teresa Bright recorded an acoustic set in just 3 hours after being invited to a studio following a gig.

For the artists of the ‘70s, the climate for music changed rapidly during the mid-‘80s as DJ culture grew and live venues shut down. Hawai’i’s R&B era shone brightly and relatively briefly but, despite brilliant musicians, regular gigs and LP releases, most of the music barely made it to the mainland. Thanks largely to Aloha Got Soul’s Roger Bong, a new interest in this fertile era of Hawaiian music has grown, culminating in this compilation of overlooked gems. ‘Aloha Got Soul’ is compiled and annotated by Bong and features rare photos and original artwork.