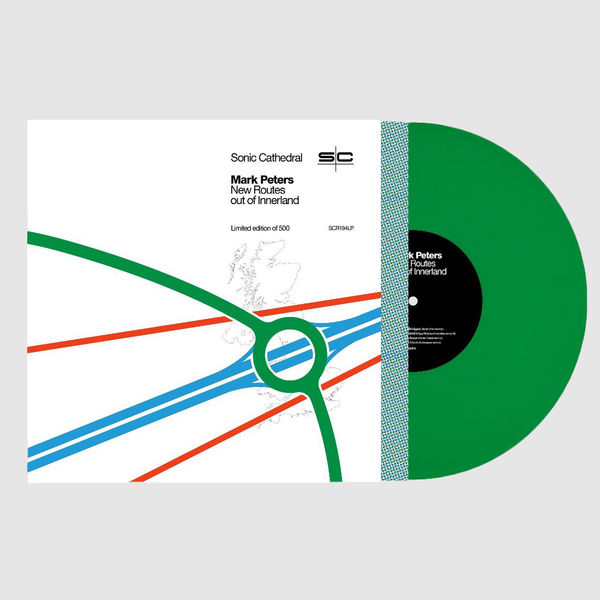 Former Engineers songwriter Mark Peters pays a final visit to his debut solo album ‘Innerland’ on April 19, with the release of ‘New Routes out of Innerland’, a collection of reworkings.‘Innerland’ was one of last year’s most surprising sleeper successes. An intentionally low-key album of windswept instrumentals inspired by Mark’s move back to his native northwest, it gave musical nods to Eno, Talk Talk, Vini Reilly and Richard Thompson, and first appeared as a limited-edition cassette before being expanded to a full vinyl, CD and digital release last April. Something about its beautiful simplicity struck a chord and slowly but surely – thanks to word of mouth, as well as the support of the likes of Lauren Laverne on BBC Radio 6 Music and positive reviews everywhere from Uncut to The Times – it worked its way into people’s hearts. By the end of the year it had also worked its way into Rough Trade’s top 10 albums of 2018 and, to celebrate, another limited edition vinyl only version called ‘Ambient Innerland’ was released, an even more introspective iteration that stripped away all of the percussion.This new version, however, is completely different. It finds Mark looking outwards, away from the bleak, post-industrial landscapes of Wigan, and inviting eight different artists from around the world to interpret and translate the instrumentals of ‘Innerland’ into their own musical and geographical languages.

German sound artist Andi Otto takes ‘Twenty Bridges’ and turns it into a weird world music groove, the cello recalling Arthur Russell, the rhythm Holger Czukay circa ‘Movies’; Polish composer Olga Wojciechowska sprinkles stardust all over ‘Mann Island’, morphing it into a slice of febrile, filmic techno; former Disappears and now FACS frontman Brian Case wrangles ‘Windy Arbour’ into a dark, dystopian drone; as previously heard last year on a limited edition lathe-cut 7” single, Ulrich Schnauss subtly re-frames ‘May Mill’ as elegiac electronica, the kind of oddity that could have graced a Tears For Fears B-side circa ‘Songs From The Big Chair’; Moon Gangs, aka Will Young from BEAK>, climbs ‘Gabriel’s Ladder’ and finds some delicate drone’n’bass; American producer and DJ Odd Nosdam takes his experience of working with Boards Of Canada and turns ‘Shaley Brow’ into a sinister tape collage, entirely in keeping with the murky history of the locale; E Ruscha V, the erstwhile Medicine guitarist also known as Secret Circuit, converts ‘Cabin Hill’ into Balearic Blue Nile; finally Jefre Cantu-Ledesma lights up ‘Ashurst’s Beacon’ as an inferno of deliciously distorted shoegaze. All eight are so disparate and yet they hang together perfectly, resulting in an exciting musical journey to somewhere completely new.