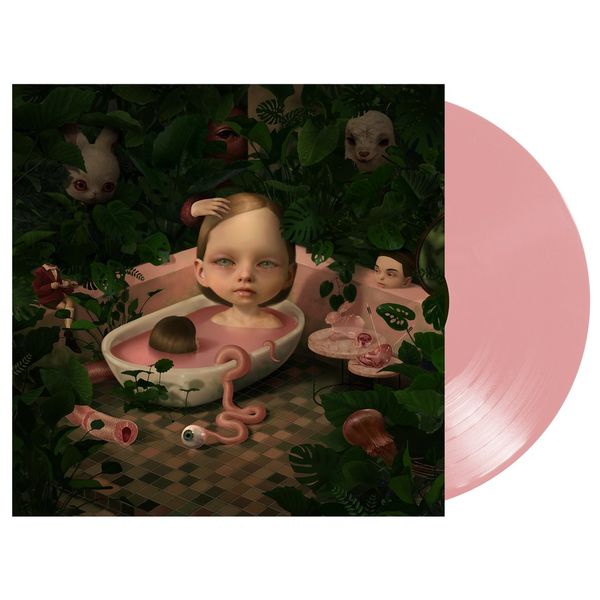 Pink Colored Vinyl comes with download card. Recomend if you like: Sigur Ros, Blonde Redhead, Forest Swords, Cocteau Twins, Son Lux, Suuns, Wild Nothing, James Blake. Welcome to Lingering Pt. II, the new visionary album from Danish experimental mavens Sleep Party People. Written, performed, recorded, and produced by brainchild Brian Batz, this is the counterpart of 2017's Lingering. With Lingering Pt. II, Batz finishes his artistic cycle, showcasing his instrumental prowess and production mastery with this batch of inventively choreographed songs. ”To me the two albums have a similar sonic universe and revolve around the same lyrical themes, but still each its own album. After the release of Lingering, I went back to work on ''Pt. II’’, where I modified the structures and sounds a bit, giving them makeovers with new mixes and mastering. To make the album more coherent I added a few new songs to the bunch. The lyrical content of the album is characterized by being written in a certain period of my life. I reflect a lot on the present and not so much on the past. The album is mostly about personal matters and things that are close to my heart." Though Sleep Party People remains relatively underground in the United States (for now), the band has harnessed a groundswell of attention from far reaches of the globe. Throughout Asia, Eastern Europe, South America, and even parts of the Middle East it's not unusual for SPP shows to draw thousands of spectators, each equipped with their homemade bunny masks in homage to the band's live uniform. Sleep Party People first took shape in 2008 when Batz began experimenting a one-man home recording project using an old battered piano in his apartment. Coupled with a strange electronic alteration of his recorded voice, he created eerie, hypnotic sounds and haunting melodies forming the basis of Sleep Party People's self-titled debut album (2010). Sleep Party People released 2012's We Were Drifting On A Sad Song and 2014's Floating, before signing to Joyful Noise and releasing Lingering in 2017.