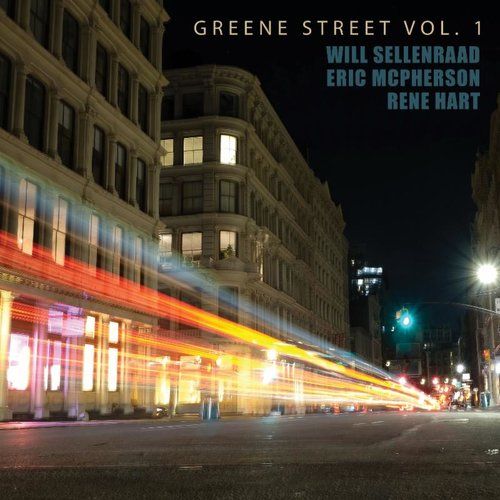 LP is limited on green splatter vinyl. For fans of Peter Bernstein, Pat Metheny & Jazz! Family. That’s what comes to mind when describing the music on Greene Street Vol. 1, the follow up to Will Sellenraad’s Balance. Growing up on Greene Street there has been a lot of changes. Amazingly though, the bond of friendship, music and growth for Sellenraad and many of his peers has remained very constant. Will Sellenraad has earned a growing reputation of being at the forefront of creative musicians working in New York City. Known for his brilliant improvisations and his compelling, melodic compositions, Sellenraad is a mainstay on the NYC scene, and beyond, appearing at storied jazz venues such as The 55 Bar, Smalls, Mezzrow, The Blue Note, Birdland, The Iridium, the former Sweet Basil and many others. Joining is bassist Rene Hart, whose television appearances include The Tonight Show with Jay Leno and Late Night with Conan O'Brien and has recorded and performed with artists such as David Amram, Julian Priester, Don Braden, and Myra Melford, James Hunter, Anat Fort, Pete Seeger, Bilal and many others. Rounded out by drummer Eric McPherson, who came to prominence apprenticing with legendary saxophonist and educator, Jackie McLean, and the innovative pianist and composer Andrew Hill. Those foundational experiences cultivated McPherson into one of the leading drummers in contemporary creative music. Greene Street has a long history, not just for visual artists, but also for music. “A couple doors up you had Ali’s Alley and Survival Studios, owned by the great Rashied Ali. Up on the next block was Greene Street recording studio, Greene Street cafe, etc… Not to even mention the loft jazz scene or everything happening in Greenwich Village, the epicenter of jazz for decades now,” explains Sellenraad. Greene Street Vol. 1 was mixed with Ben Rubin (Brazilian Girls, Louise Hayes, Scott Hamilton) and mastered by Alan Douches (Gil Evans Orchestra, Tal National) at West West Side Music.