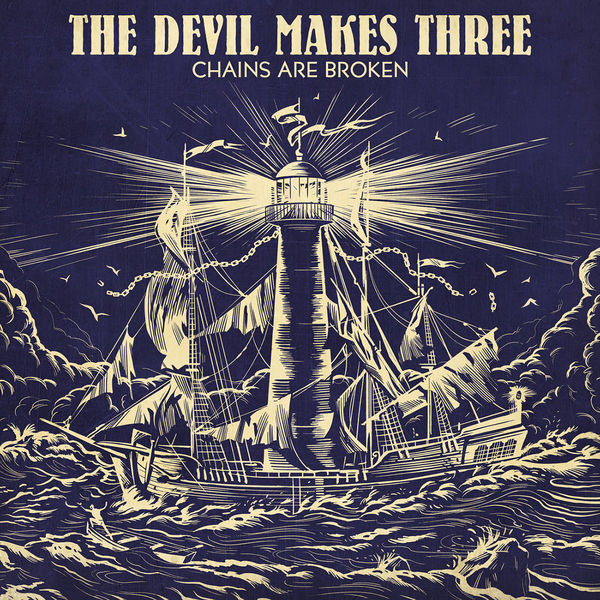 The power of words isn’t lost on longstanding Americana triumvirate The Devil Makes Three - Pete Bernhard, Lucia Turino and Cooper McBean. For as much as they remain rooted in troubadour traditions of wandering folk, Delta blues, whiskey-soaked ragtime and reckless rock ‘n’ roll, the band nod to the revolutionary unrest of author James Baldwin, the no-holds barred disillusionment of Ernest Hemingway and Southern Gothic malaise of Flannery O’Connor.

In that respect, their sixth full-length and first original material since 2013, ‘Chains Are Broken’ resembles a dusty leather-bound book of short stories from some bygone era. As the band began writing ideas for the record they veered off the proverbial path creatively.

Instead of their typical revolving cast of collaborators, The Devil Makes Three stuck to the signature power trio, with one addition. This time they invited touring drummer Stefan Amidon to power the bulk of the percussion.

Another first, they retreated to Sonic Ranch Studios in El Paso, TX a stone’s throw from the Mexican border to record with producer Ted Hutt (Dropkick Murphys).

The incorporation of new sounds as well as the experimentation in space finds The Devil Makes Three crafting a new yet still familiar sound. Coupled with a continued focus on in-depth lyricism that tells a story in every song, ‘Chains Are Broken’ is a liberating, rumpshaking collection of past, present and future.