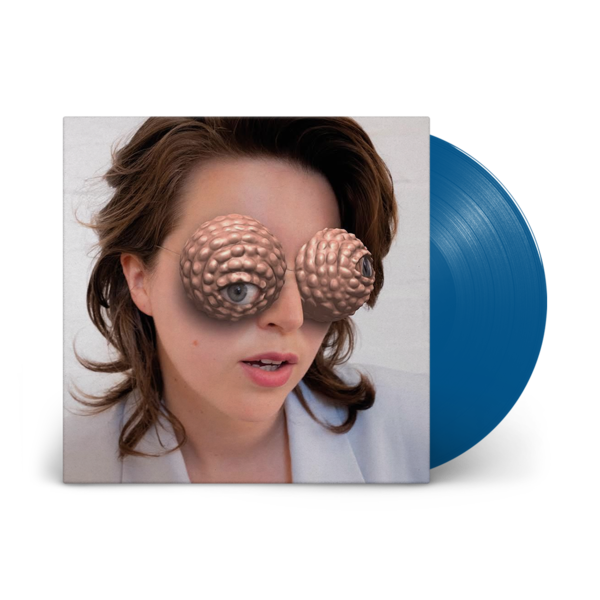 It is in Albertine’s own words, “a triumphant refusal to be complicit in a system that ruins us.” The universality of music can mean different things to different people. For Albertine Sarges – Berlin-based musician and producer – it’s a vessel that she uses for self-exploration and growth, never more so than on her new album The Sticky Fingers, out on Moshi Moshi Records on 27th November. After numerous collaborative projects, including projects with Colin Self and Holly Herndon, and performing as part of Italian synth-wave duo Itaca, Albertine brings together a new band, the titular Sticky Fingers for their debut LP. The Sticky Fingers has its roots in the south of the German capital – Albertine grew up in Kreuzberg during the fall of the Berlin Wall and records in nearby Neukölln - but from there its branches shoot out to take in feminist theory, musings on bisexuality, gender stereotypes, depression and mental health. These topics fall under the ever-shifting veneer of Albertine’s chameleonic pop motifs: from Viv Albertine-inspired post-punk and kaleidoscopic dream-pop to quiet-loud guitar squall and Merrill Garbus-reminiscent vocal acrobatics. In the music video for Free Today {insert hyperlink} the band gathers in an East German village in Brandenburg. Themes of theory and literature, societal norms and the bathing of the body get displayed during this weird corona affected empty summer of 2020. The video was commissioned by Down By The River Festival and premiered here {Insert hyperlink}. On Free Today - as on the album as a whole - Albertine Sarges makes her intentions very clear: art needs context, music is a danceable contribution to the societal discourse. In these eight songs Sarges discusses several themes, from feminism, bisexuality, and gender stereotypes (“Free Today”, “The Girls”, “Post Office”), to love and relationships (e. g. “Oh My Love”, “Beat Again”), to discussing depression and mental health (e. g. “Fish”, “Stille”, “Roller Coaster”). “So much of this album is about the experience of togetherness vs. fighting alone,” she says. “These moments of saying ‘yes!’ and letting yourself fall into the arms of a community. Being held and the tenderness of that trust.” The Sticky Fingers is named after Sarges’ close friends who she recorded this debut with Rosa Mercedes, Lisa Baeyens and Robert Kretzschmar. It has been recorded in live-sessions at studios of Whitest Boy Alive-keyboardist Daniel Nentwig’s, in Berlin’s Neukölln district. Credit for all musical arrangements and post-production go to Sarges herself, final mixing by Max Rieger. With her debut, Albertine Sarges demonstrates yet again her versatile musical talents, creating her very own world, a world in which community and open discourse count. The Sticky Fingers is an album that fights for your attention. It’s an album with twists and turns, emotional peaks and troughs and lyrical themes that are at once intensely close to their author’s own life, yet also universal and able to connect on a much broader level – something that is the mark of all great pop music.