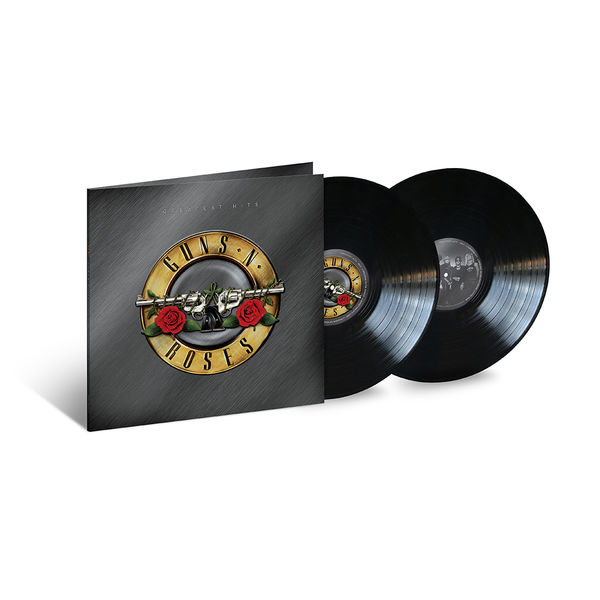 Includes The Band’s Top Five Hit “SHADOW OF YOUR LOVE” LOS ANGELES, CA –July 31, 2020 – On September 25, 2020, Guns N’ Roses’ 2004, multi-platinum best of compilation Greatest Hits (Geffen/UMe) will be released on vinyl for the first time. Previously only available digitally and on CD, Greatest Hits will be pressed as a 2LP set on 180gram audiophile black vinyl, a 2LP set on gold colored vinyl with red and white splatter, plus a 2LP picture disc available exclusively through the band’s official store. The vinyl edition of Greatest Hits will also feature the band’s single “Shadow of Your Love,” which hit No. 5 on the Mainstream Rock chart. Originally recorded in December 1986, “Shadow of Your Love” made its debut on the 2018 box set Appetite For Destruction. In 2004, Greatest Hits reached No. 3 on the Billboard 200 and in 2007 hit No. 1 on the Catalog Albums chart. Featuring all eight of the band’s Top 40 Billboard Hot 100 tracks (six of them RIAA-certified “gold,” i.e., sales of more than 500,000 units), Greatest Hits spans the group’s five album releases, including their cover of the Rolling Stones’ “Sympathy For The Devil” for the 1995 film Interview With The Vampire. The first full-length album from Guns N’ Roses, 1987’s Appetite For Destruction, is one of the most popular hard rock albums in history and has been on the Billboard Top 200 albums or Top Pop Catalog chart for a total of 746 weeks. Certified 18 times platinum in the U.S., Appetite For Destruction charted No. 1 for five weeks and includes three Top 10s: the anthem “Welcome To The Jungle” (No. 7), the frenzied rocker “Paradise City” (No. 5) plus their platinum selling No. 1 single “Sweet Child O’ Mine.” The video for “Sweet Child O’ Mine” recently hit over 1 billion views on YouTube. 1988’s G N’R Lies, comprised of songs from the group’s independently-released 1986 EP Live?!*@Like A Suicide plus new studio recordings, followed Appetite For Destruction up the charts, peaking at No. 2 on the Billboard 200 albums chart. The Grammy®-nominated album (for Best Hard Rock Performance) was five times platinum (each platinum level connotes sales of more than one million units) and claimed the gold No. 4-charting ballad “Patience.” Then, on September 17, 1991, with one of the most anticipated releases ever in music, both Use Your Illusion I and Use Your Illusion II debuted. Use Your Illusion I featured two gold singles with “November Rain” (No. 3) and “Don’t Cry” (No. 10) plus another Top 40 with “Live And Let Die” (No. 33). Use Your Illusion II boasted another gold hit with the previously-released single “You Could Be Mine” (No. 29), heard in the film Terminator II: Judgement Day. Each of the Use Your Illusion albums went seven times platinum with Use Your Illusion I going to No. 2 and Use Your Illusion II hitting No. 1. Use Your Illusion I was Grammy® nominated for Best Hard Rock Performance as was the Wings cover “Live And Let Die.” Greatest Hits also culls from II “Yesterdays,” “Civil War” and GN’R’s take on Bob Dylan’s “Knockin’ On Heaven’s Door.” Both Use Your Illusion I and Use Your Illusion II have sold over seven million copies to date. A collection of Guns N’ Roses covers of classic, mainly punk, songs that had influenced the bandmembers since their early days, 1993’s The Spaghetti Incident? hit No. 4 and is certified platinum. Included on Greatest Hits are its renditions of The Dead Boys’ 1978 track “Ain’t It Fun” and an unlikely cover of The Skyliners’ ‘50s doo-wop gem “Since I Don’t Have You.” 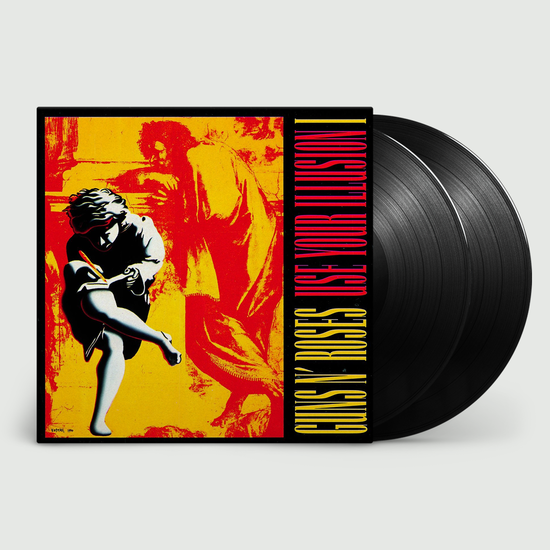 Guns N' Roses
Use Your Illusion Vol. One: Vinyl Edition
Double Vinyl LP
US$37.99
In Stock 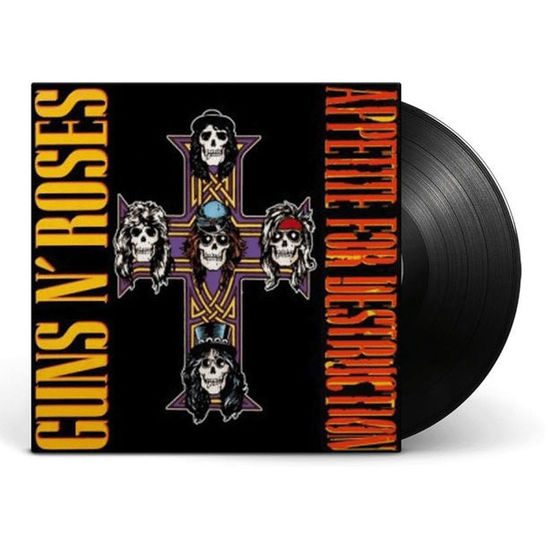 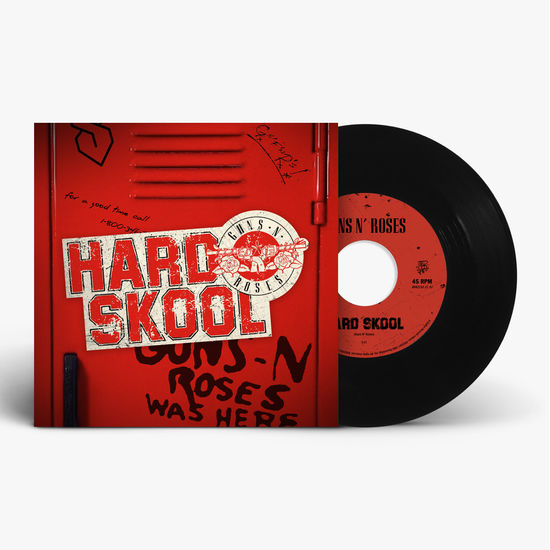 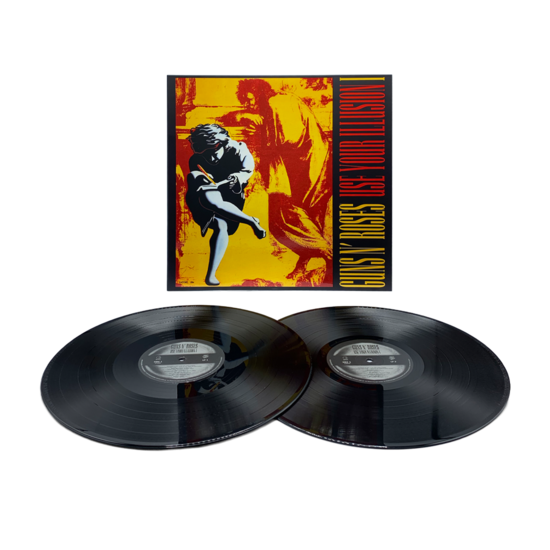 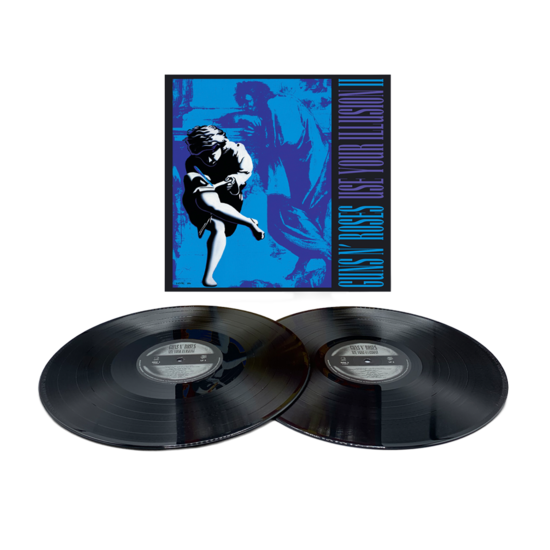 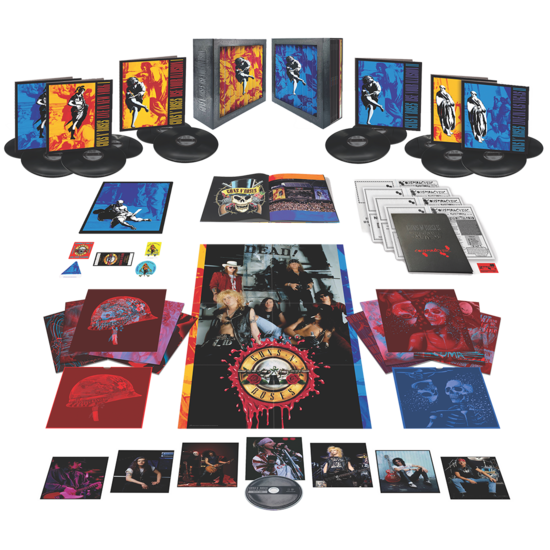