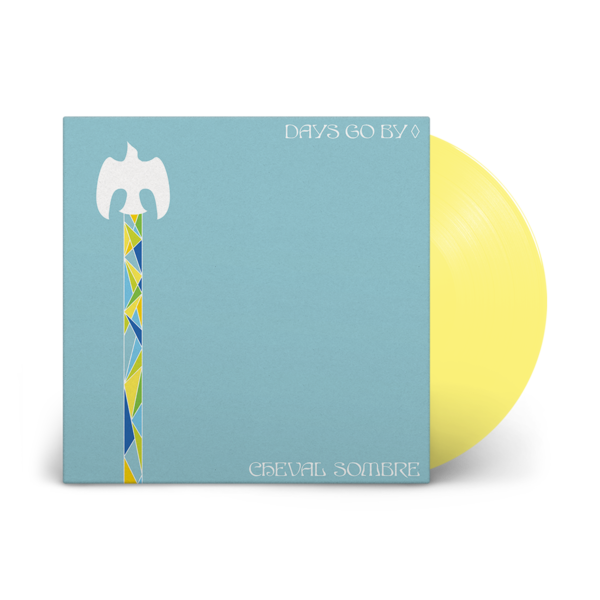 Cheval Sombre releases his fourth album, Days Go By, via Sonic Cathedral on May 28, 2021. It is his second album this year, and a companion piece to Time Waits for No One, which came out at the end of February to great acclaim. Like that album, it has been produced and mixed by Sonic Boom and features guests including Galaxie 500 and Luna frontman Dean Wareham. Cheval Sombre is the nome d’arte of Chris Porpora, a poet from upstate New York whose otherworldly psychedelic lullabies on his self-titled album from 2009 and its follow-up, Mad Love (2012), won him a cult following. Coming just three months after Time Waits for No One, Days Go By furthers the overarching theme of the inexorable and inevitable march of time and, musically, comes across like John Fahey sitting in with Spiritualized circa Ladies and Gentlemen We Are Floating in Space.The title Days Go By is actually taken from the lyrics of the previous record’s title track – and this is just one way in which the records are inextricably linked, via a number of symmetries. Both have ten tracks, with eight originals, one instrumental and a closing cover version, which this time around is a take on Scottish folk musician Alasdair Roberts’ ‘The Calfless Cow’. “Having the opportunity to release two full-length albums in the same year doesn’t come around too often,” explains Chris, “so I wanted to go to every length to make it special – meaningful. It was a privilege to realise this meticulous level of symmetry – it truly became another vital dimension in the craft of record making. Around each turn, there was a chance to be incredibly measured and thoughtful, not least with Craig Carry’s artwork.” But, as the intersecting flight paths of the two birds on the respective covers show, there are also plenty of differences. Not least, the mood, which on Days Go By is lighter, airier, punctuated by strings which are even more beautiful. Chris likens it to Blake’s Songs of Innocence and Experience, but in reverse order. “How wonderful to discover that on the other side of experience, there is an innocence which has endured,” he explains. “Beyond politics, love affairs, worldly woes, even life and death, it’s true – there is a calm after the storm. “It’s strange, this life – isn’t it? You’ve got all these songs around conceptions of time, it’s over eight years since your last album, you decide to release twin records, and their release dates somehow fall perfectly in line with the unfolding present. When folks say that the stars conspire to make things happen, I tend to believe it. Time Waits for No One is a dark record, already reminiscent of the shadowy days of winter, of the trials of the pandemic. If Days Go By can coincide with the promise of springtime, bringing with it light, lifting spirits – then I know my work has been done.