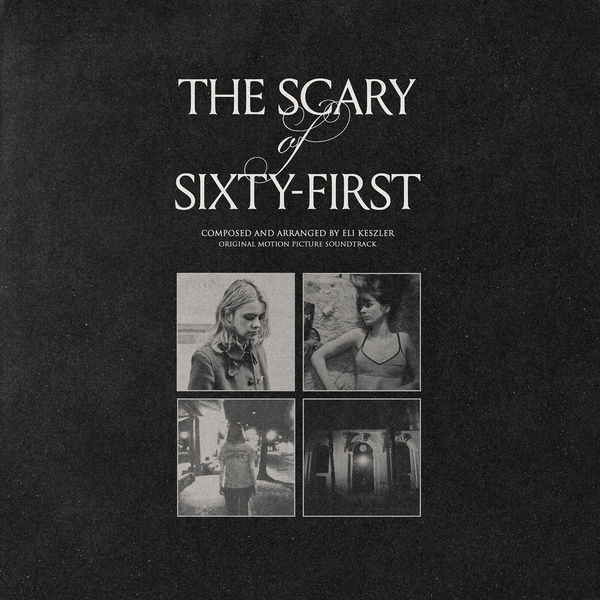 This first release from the Deeper Into movies label is the score for Dasha Nekrasova’s notorious award-winning debut feature film ‘The Scary of Sixty-First’. Eli Keszler’s score meets at a confluence of John Carpenter synths and the haunted drones of William Basinkski within its own stream that evokes the very haunts of the film’s Uptown locations. Speaking about the score Kesler said…“The score was built around the ‘pentagram melody’ as we called it, a seven-note symmetrical pattern that formed the sign found on the tarot card, a repeated motif of dread and premonition found in the film. Multiple versions of this concept is found throughout the score. In the Scary Theme and later in Tarot Theme three variations occur, where each triangle is introduced individually, followed by it playing in counterpoint to each other to complete the symbol. Nekrasova's film is a thriller centred on two young women who unknowingly move into a Manhattan apartment that used to belong to Jeffrey Epstein. The psychosexual drama is steeped in Giallo, with a touch of DePalma and Polanski. Premiering at this year’s Berlin International Film Festival, it took home their prestigious ‘Best First Feature’ award. Keszler other film work includes contributions to Daniel Lopatin's score for the Safdie Brother’s acclaimed, Uncut Gems, while his solo music has been released on Empty Editions, ESP Disk and PAN. His album ‘Stadium’ released on Shelter Press was awarded Boomkat’s 2018 ‘Album Of The Year’ and Pitchfork claimed his most recent album ‘Icons’ (2021) as ‘strangely wonderful’. Frequent collaborator to Oneohtrix Point Never, Laurel Halo, and Rashad Becker – Keszler’s has shown and performed at The Lincoln Center, Victoria & Albert Museum, MoMA PS1, and The Barbican. He has worked across music, film and art with exhibitions at the South London Gallery, MIT List Center and collaborations with Turner Prize-winning artist Laure Prouvost and Kevin Beasley.