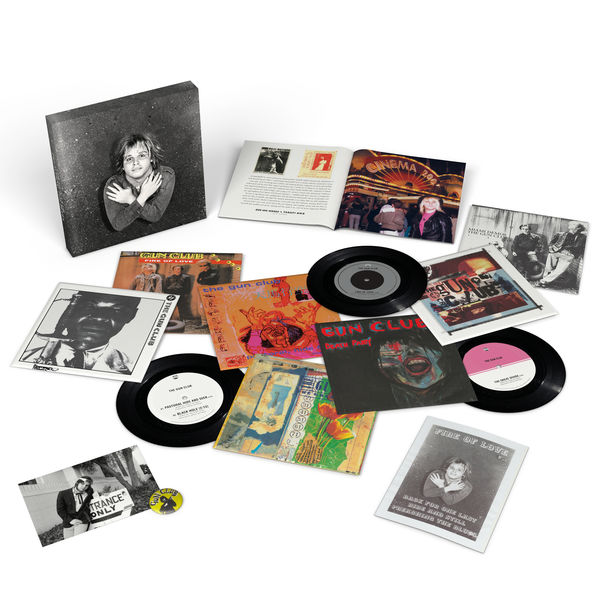 Limited deluxe 7 x 7” singles box set featuring the phenomenal original run of singles with two bonus singles exclusive to this set. All housed inside a lift-off lid box with a booklet featuring an essay by Clinton Heylin, reminisces from Thurston Moore, Henry Rollins, Mark Lanegan, X and Dan Stuart, rare photographs and flyers, new exclusive issue of the ‘Fire of Love’ fanzine, Ruby Records postcard and a ‘Gun’ button badge. Limited availability. If ever there was a band seemingly determined to come from nowhere and go straight back there, it was The Gun Club. Jeffrey Lee Pierce’s search and destroy combo was spawned by the L.A. punk scene in 1979. Two years later their first LP, the incendiary Fire Of Love, was spewed out by Slash Records, a matter of months after the punk zine Pierce wrote for, and the label named itself after, breathed its last. Fire Of Love was one of the 80s’ genuinely shape-shifting US debuts, igniting post-punk depth and minting genres including blues, psychobilly and Americana. Jeffrey Lee Pierce was an extraordinary character. Learning to play guitar at the age of 10, he quickly immersed himself firstly in reggae and later the Delta Blues, particularly works by Tommy Johnson & Robert Johnson. By 1976, he had become obsessed with Blondie, going on to become President of the West Coast Blondie Fan Club. It was Jeffrey Lee Pierce who suggested to the band they cover ‘Hanging On The Telephone’. The Blondie connection would later resurface in 1982 when Chris Stein signed and produced The Gun Club for his Animal Records label. In 1996 after releasing seven studio albums, 37 year old Jeffrey Lee Pierce sadly passed away following a stroke. What he left behind is a legacy of work that has had a prolific effect on some of the most distinguished rock acts of the past 20+ years, these include Nick Cave & The Bad Seeds, Sonic Youth, The White Stripes, Mark Lanegan, Primal Scream and The Black Keys. • Gun Club - Preaching The Blues • First ever box set from one of the most thrilling bands of the twentieth century. • “Jeffrey was a human tornado. Yet during the most turbulent points in his life, he was able to tap what seemed to be a limitless supply of astonishingly beautiful music. Even now, songs like Flowing and Desire catch me up. The immense power that passed through Jeffrey like an electrical current, informed his amazing body of work. That level of unrelenting heat and incandescence is simply not survivable. I wouldn’t wish it on anyone.” - Henry Rollins, April 2021 • 6 x 7” singles reprinted with original artwork • Additional ‘Miami Demos’ 7” exclusive to this box set • All singles remastered especially for these vinyl editions • Booklet featuring never-before-seen photographs, flyers and rare ephemera. In-depth liner notes from acclaimed author Clinton Heylin, as well as exclusive reminisces and words from Thurston Moore, Henry Rollins, John Doe & DJ Bonebrake of X, Dan Stewart of Green On Red plus more • Exclusive-to-this-box issue of ‘Fire Of Love’ Fanzine by Mike Mastrangelo • Rare Ruby Records Promotional Postcard • Bonus Gun Club ‘Gun’ Badge • All housed in a lift-off lid box with stunning never-before-seen Jeffrey Lee Pierce cover photo

More products from The Gun Club 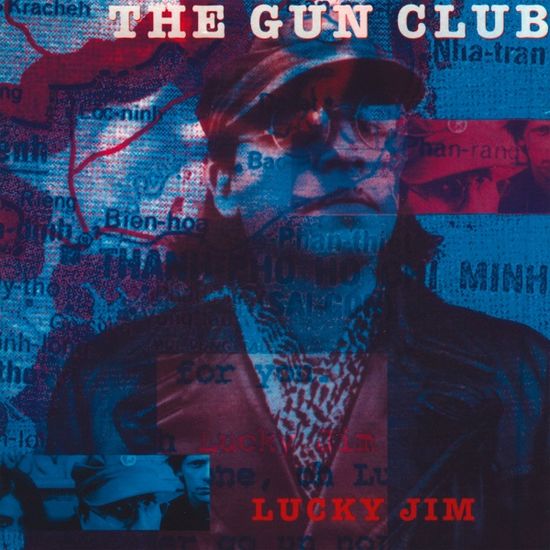 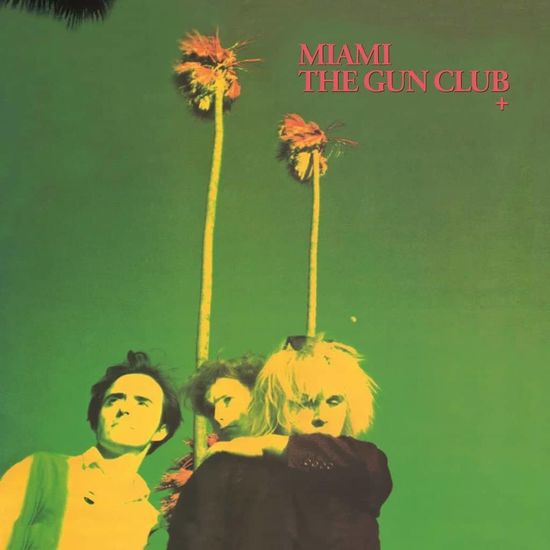