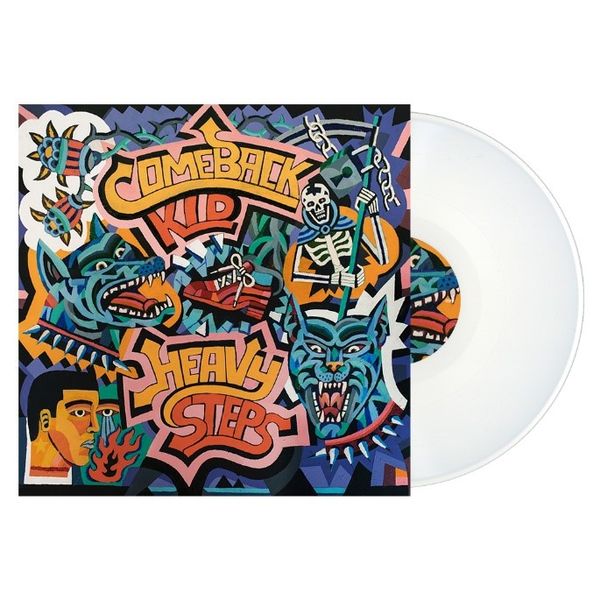 Over the last twenty years Comeback Kid have been hailed as one of the major counterparts when it has come to shaping and pioneering both the Canadian and international modern punk and hardcore sound and scene alike. After having released their first demo in 2002, before quickly drawing the attention of Facedown Records for the release of their debut, Turn It Around, the last twenty-one years have seen the band produce some of the most acclaimed records within the genre. Signing to Victory Records (Thursday, Refused) for 2005’s career defining records, Wake The Dead and Broadcasting, the five piece have undoubtedly over the years been able to balance a DIY ethos and dependability, with that of a humanitarian ethos, and genre defining musicianship which has broken down the boundaries of hardcore, and transcended the genre onto a global stage. With a back catalogue that would produce some of the most seismic and influential anthems to transverse across both punk and hardcore, 2017’s signing to Nuclear Blast Records (Hatebreed, Madball, Slayer) saw the release of powerhouse heavy hitter, Outsider. Arguably noted as a record and turning point in both sound and the band’s career, this release would be a definitive moment in pioneering a new path of which an entire generation of new artists within the genre would follow, thus solidifying Comeback Kid next to the likes of NOFX, Terror, and Converge as both major headliners, and forefathers to set the course for what it means to be one of the most adverse punk bands of the 21st century. “We’re a hardcore band, but we don’t feel like we belong to any particular sect of that,” states Neufeld alongside band members, Jeremy Hiebert (guitar), Stu Ross (guitar), Chase Brenneman (bass), and Loren Legare (drums). “We don’t want to be limited in any sense and prefer to work on our own terms.” Now one of the most volatile leaders within the global heavy music community and continuing to break down boundaries and champion new territories, Comeback Kid’s seventh studio album, Heavy Steps is solidifying the band’s revolutionary status. Returning to their roots, literally, by recording in Winnipeg and co-producing with John Paul Peters (Cancer Bats, Propagandhi) as well as collaboration with prominent mixer Will Putney (Knocked Loose, Every Time I Die, Four Year Strong), Heavy Steps is no longer a prerequisite to realizing Comeback Kid’s influence on modern punk, but a delivery of pure anthemic chaos, sheer speed and force. It is a statement of intent. “It’s about hitting the ground running, not knowing when or where the ground could break from underneath you.” summarizes Neufeld. “It's heavy steps on thin ice. Heavy steps on hollow ground.”