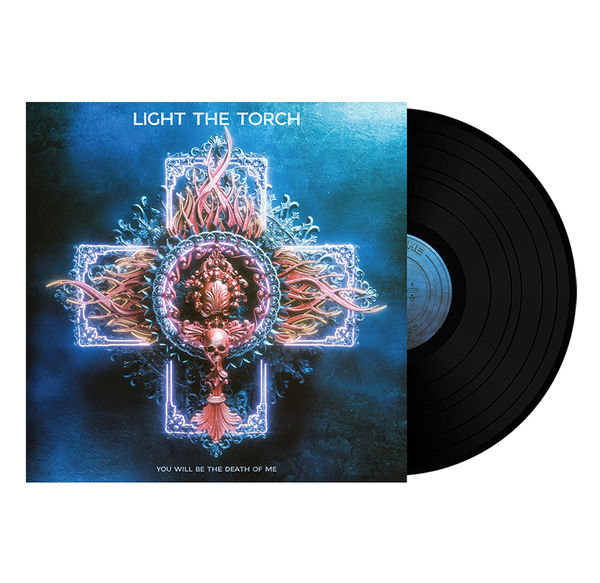 You Will be The Death Of Me: Black Vinyl

Time fortifies the bonds between us. Since emerging in 2018, Light The Torch have grown stronger in lockstep together as a band and as friends. Through this growth, the Los Angeles, CA trio—Howard Jones [vocals], Francesco Artusato [guitar], and Ryan Wombacher [bass]—only enhanced every aspect of their signature sound. Upheld by head-spinning seven-string virtuosity, yet also anchored to skyscraping melodies, the group crafted twelve no-nonsense and no-holds-barred metallic anthems on their 2021 second full-length album, You Will Be The Death of Me [Nuclear Blast].

“The past few years have helped me to become much more personal in my writing,” explains Howard. “Even though I’m kind of a loner, this band became real family. My experiences with Ryan and Fran inside and outside of the band truly bonded us. I think it shows in this album, it truly represents who we are as a group.”

“Every second on this record was thought-out,” adds Fran. “Howard’s performance gives me chills, because it feels so alive. There’s so much emotion in it. I know the guy very well at this point, and our friendship is a big part of Light The Torch.”That friendship cemented over the course of the past three years. The group shot out of the gate as a contender on their full-length debut, Revival. It bowed at #4 on the Billboard US Independent Albums Chart and at #10 on the Hard Rock Albums Chart in addition to receiving acclaim from Revolver, Outburn, and many more. “Calm Before the Storm” racked up a staggering 14.5 million Spotify streams, while “The Safety of Disbelief” remains one of SiriusXM Octane’s all-time most requested songs. They also crisscrossed North America and Europe on tour with the likes of Trivium, Avatar, In Flames, Ice Nine Kills, Killswitch Engage and August Burns Red to name a few.

In late 2019, an idea for the title track “Death of Me” kickstarted the creative process. The guys returned to Sparrow Sound in Glendale, CA to once again work with the production team of Josh Gilbert and Joseph McQueen [Bullet for My Valentine, As I Lay Dying, Suicide Silence].This time around, they also welcomed Whitechapel’s Alex Rudinger on drums. “He’s incredible,” says Fran. “He was exactly what we needed.”Now, they kick down the door for You Will Be The Death of Me with the single “Wilting In The Light.” Howard’s instantly recognizable vocals soar over a sweeping riff and rolling beat before culminating on a massive luminous hook, “Over and over again we struggle. We’re wilting in the light, and we stumble in the dark.”“It has a different vibe and a very interesting riff,” observes Howard. “I love it when listeners can take what they want from a song. This was a special one for us.”

“More Than Dreaming” opens up the record with gut-punching guitar and another knockout hook. Elsewhere, airy keys wrap around chugging distortion on the title track “Death Of Me.” Regarding the latter, the frontman goes on, “Most people have some source of grief in their lives. It’s relatable, and it was appropriate for the song.”After the melodic melancholia of “Come Back To The Quicksand,” Light The Torch recharge the 1987 Terence Trent D’Arby classic “Sign Your Name” as the record’s climax. Shimmering keys bleed into an overpowering verse before it snaps into the immortal chorus beefed up with thick distortion. “Howard stayed at my house with me and my wife for the entire recording of the album,” recalls Fran. “I like to cook, and one night during the first week of pre-production I made everyone dinner. A compilation with ‘Sign Your Name’ started playing, and I thought, ‘I can do a version that would sound awesome!’ Howard knew and loved the song too. For as crazy as it sounded, it worked so well.”

In the end, the bond between Light The Torch burns brighter than ever in the music as they deliver a definitive statement with You Will Be The Death Of Me.

“We wanted to make a fully listenable and fun album that doesn’t let up,” Howard leaves off. “At the same time, we’re showing some heart, passion, and connection. It’s what we’ve always intended to do with this band.”

More products from Light The Torch 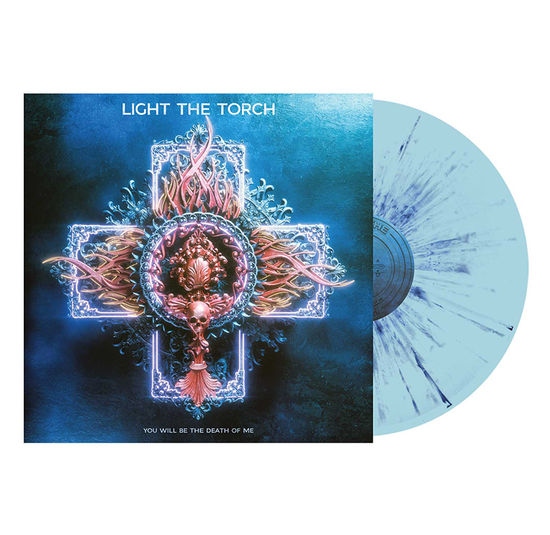 Light The Torch
You Will be The Death Of Me: UK Exclusive Coloured Vinyl
Vinyl LP
US$35.99
Pre-Order