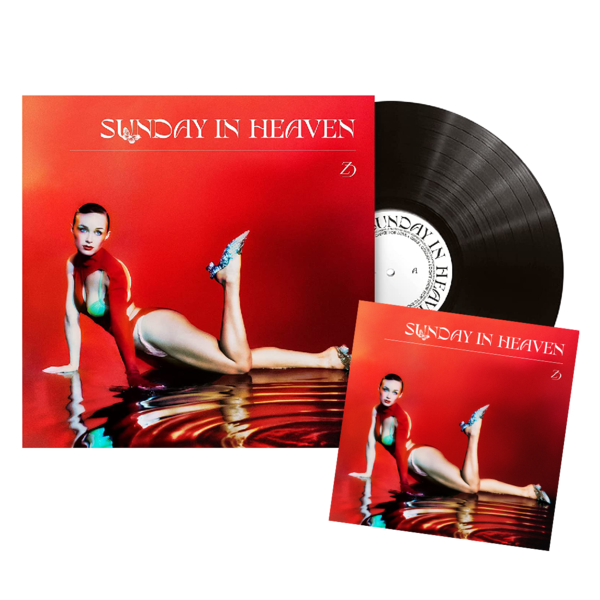 Zella Day is a Los Angeles-based singer, songwriter. Hailing from the remote town of Pinetop, Arizona, and raised by a bohemian family (who hail variously from Long Beach, CA and Mexico), Zella immediately gravitated towards music as a child. At nine years old, she started covering Dylan; after cutting her teeth performing at her grandmother’s coffee house, Zella recorded her first collection of songs at age thirteen. At age twenty, in 2015, she released her debut, Kicker, which won her accolades from critics, multiple television appearances, and sets at Coachella, Bonnaroo, and more.

Following Kicker’s release, Zella shifted gears, her artistry and confidence evolving as she settled into her new home of LA. Finding a tribe of local creative cohorts - including Lana Del Rey, Weyes Blood, photographer/artist Neil Krug and more - allowed Day to bloom into her most musically authentic self, writing songs that showed a growth and compassion well beyond her years. An EP - Where Does the Devil Hide, produced by Black Keys’ Dan Auerbach - was released in 2020.   Thus far in 2021, with millions and millions of streams under her belt, Day has released a duet with Weyes Blood called “Holocene.” She’s also appeared on Lana Del Rey’s Chemtrails Over the Country Club, covering Joni Mitchell with Del Rey and Weyes Blood in a symbolic passing of the sonic torch from one great LA songstress to the new generation. Later this year, Day is set to release her long-awaited, highly-anticipated sophomore record. Recorded with notable producer Jay Joyce (Emmylou Harris, Cage The Elephant and more), Day’s forthcoming album is the sound of an artist truly coming into her own, with an incendiary voice - literally and metaphorically - unlike any other.