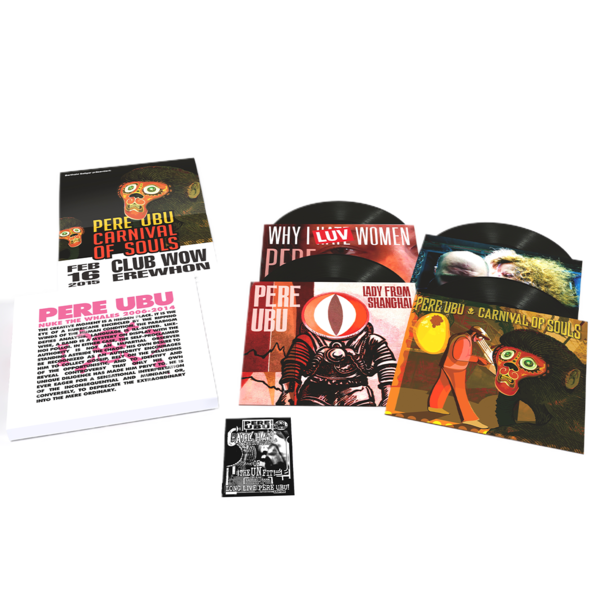 Rewriting the history of music, Pere Ubu continue to confound convention and shift personnel. The next box set in Fire Records’ reissue series, ‘Nuke The Whales’ houses 4 LPs originally released between 2006 and 2014 – 'Why I LUV Women’, 'Carnival Of Souls’, ‘Lady Of Shanghai’ and Long Live Pere Ubu!’ ‘Nuke The Whales,’ is a nod of respect to a couple in Cleveland who would daub such messages over the big news stations’ advertising boards. “Very few bands display such dedication to constant self-reinvention as Pere Ubu” The Quietus All four albums have been remixed and remastered by original Pere Ubu member David Thomas. ‘Why I LUV Women’, originally released on Glitterhouse in 2006, gains its first vinyl release. "Spews 11 tunes of arcane lyrics and dense music” shrieked The Cleveland Gazaette. It’s joined by ‘Long Live Pere Ubu’ a soundtrack to a musical adaptation of the play. “Skronking, squalling rhythms and melodic snippets undulating round a pulsating soundscape." Record Collector And ‘Lady From Shanghai’, their Fire debut for Fire in 2013. Originally released on the 35th anniversary of the group's debut, ‘The Modern Dance’, a latter day re-evaluation of the unprompted dance genre. And its follow up ‘Carnival Of Souls’, a haunting “underscore’ to a tale of alienation, it “combines metallic percussion, spare guitars and David Thomas' muttered vocals into something rustic and rickety, yet threatening at a moment's notice.” AllMusic 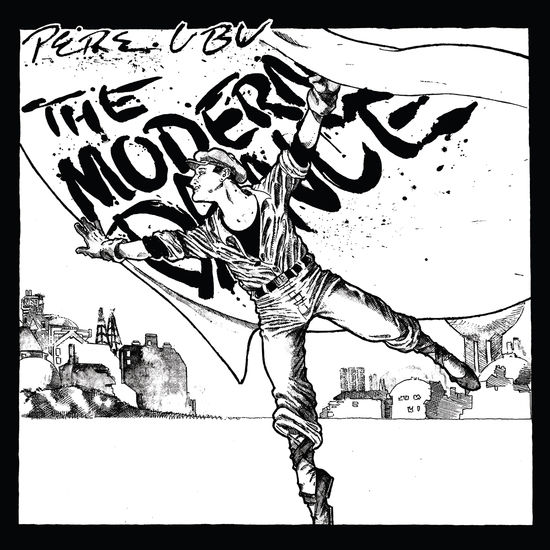 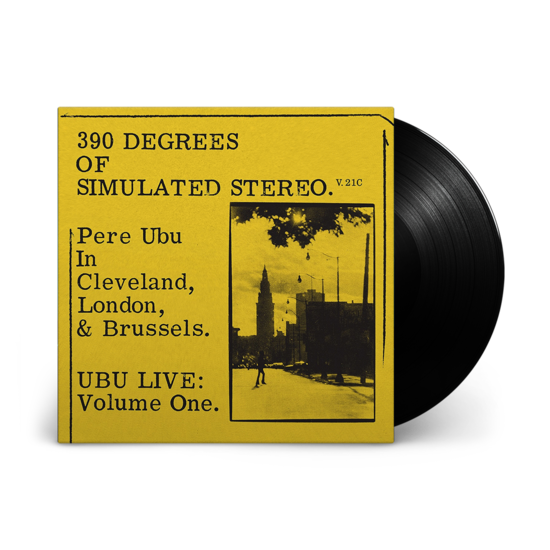