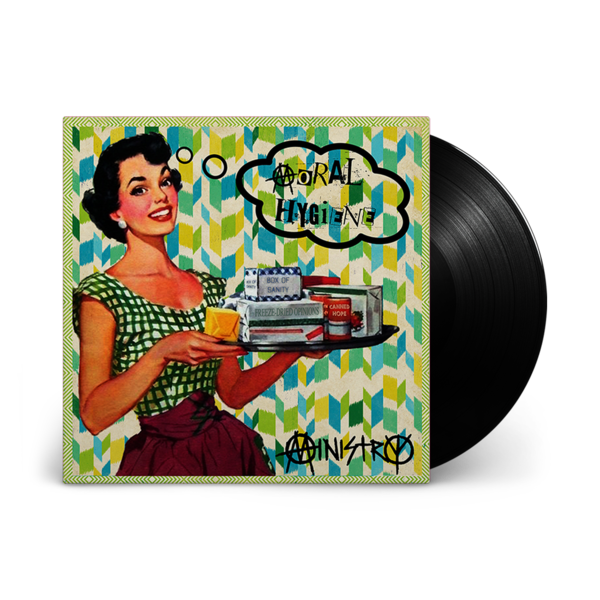 After enduring a year like 2020, no one could have possibly expected Al Jourgensen to stay silent on the maelstrom of the past 12 months. As the mastermind behind pioneering industrial outfit Ministry, Jourgensen has spent the last four decades using music as a megaphone to rally listeners to the fight for equal rights, restoring American liberties, exposing exploitation and putting crooked politicians in their rightful place—set to a background of aggressive riffs, searing vocals and manipulated sounds to drive it home.

As Jourgensen watched the chaos that befell the world during the height of a global pandemic and the tensions rising from one of the most important elections in American history, he seized on the opportunity to write, spending quarantine holed up in his self-built home studio—Scheisse Dog Studio— along with engineer Michael Rozon and girlfriend Liz Walton to create Ministry’s latest masterpiece, Moral Hygiene (out October 1 on Nuclear Blast Records). Anchored by last year’s leadoff track “Alert Level”—which asks listeners to internalize the question “How concerned are you?”—the 10 songs on this upcoming 15th studio album cover the breadth of the current dilemmas facing humanity, while ruminating on the sizable impact of COVID-19, the inevitable effects of climate change, consequences of misinformed conspiracies and the stakes in the fight for racial equality. And most importantly doing so with the lens of what we as a society are going to do about it all.

Moral Hygiene comes on the heels of Ministry’s acclaimed 2018 album AmeriKKKant (hailed by Loudwire as Jourgensen’s own “state of the union” address) that was written as a reaction to Donald J. Trump being elected president—though Jourgensen says this new album is more informational and reflective in tone. “With AmeriKKKant I was in shock that Trump won. I didn’t know what to do, but I knew I had to do something. Because I believe if you are a musician or an artist you should be expressing what’s going on around you through your art. It’s going to happen whether you do it consciously or unconsciously. Moral Hygiene however has progressed even further into a cautionary tale of what will happen if we don’t act. There’s less rage, but there’s more reflection and I bring in some guests to help cement that narrative.”

In addition to recruiting long-time cohort Jello Biafra (Jourgensen’s partner in the side project Lard) for the quirky earworm “Sabotage Is Sex,” other guest appearances include guitarist Billy Morrison (Billy Idol/Royal Machines) on a rendition of The Stooges hit “Search & Destroy.”

Another standout track is “Believe Me,” featuring a throwback vocal style from Jourgensen that harkens back to his singing on Twitch and cult classic “(Every Day Is) Halloween.” The song came out of a jam session with Morrison, Cesar Soto and sampling from Liz Walton, and reminded Jourgensen of his formative days at Chicago Trax Studios where communal ideas were constantly informing early Ministry records. “’Believe Me’ had such an old school vibe I wanted to bring back old school vocals. …It’s funny how things come back to you,” says Jourgensen, also reflecting on Ministry turning 40 in 2021.

With the release of Moral Hygiene, Jourgensen is more positive than before. “This may sound crazy but I’m more hopeful about 2021 than I have been in two decades at least,” he says. “Because I do see things changing; people are starting to see through all the bullshit and want to get back to actual decorum in society. We could just treat each other nicely and be treated nicely in return. I never thought Ministry would be in the position of preaching traditional values, but this is the rebellion now.” 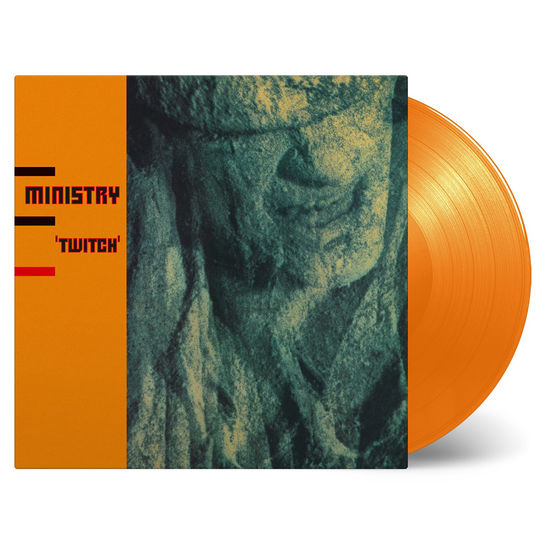 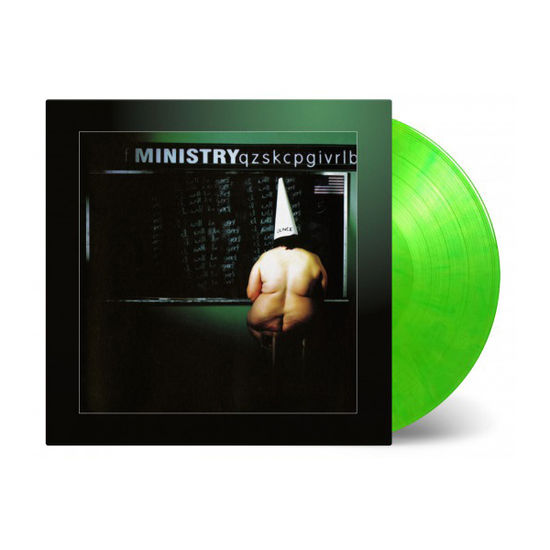 Ministry
Dark Side Of The Spoon: Limited Edition Green Vinyl
Vinyl LP
US$26.99
Sorry Sold Out