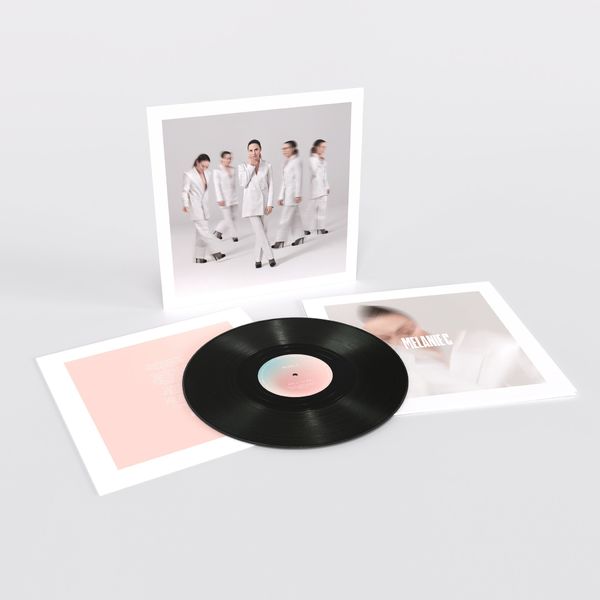 A vital voice in the modern discourse on depression, body positivity, and the LGBTQ community, her trailblazing influence has arguably never been more apparent and some of the key writers of the moment have teamed up to work with her. Alongside Rae Morris and Fryars, who co-penned the first single WHO I AM, co-writers include Jonny Lattimer (Ellie Goulding, James Bay, Rag ‘n’ Bone Man), Future Cut (Little Mix, Shakira, Lily Allen), Tom Neville (Dua Lipa, Kesha, Calvin Harris) and Shura. Among the tracks she releases here are the slinky, tropical-tinged Overload, a warning to a people getting on your nerves, and Escape, a broken beats-driven track about escaping everyday life. The summery Self Love owes a debt to Donna Summer, while Melanie’s love of Billie Eilish influenced the moody, intimate Nowhere to Run. Melanie and Billie’s admiration for one another was plain to see at this year’s BRIT Awards, where Melanie presented Billie with the Best International Female Solo Artist award after a long embrace. Who I Am and second single Blame It On Me have both set up the self-titled album and despite releasing during a global lockdown, she has performed to great acclaim on TV and online across the world on flagship shows such as The One Show in the UK, no less than 4 million plus German TV shows and James Corden’s Late Late show in the US where her performance is now the benchmark. With growing streaming support and A list radio support on both tracks in the UK, Australia, Latin America, SE Asia and Germany so far, it’s a global new chapter for Girl Power.