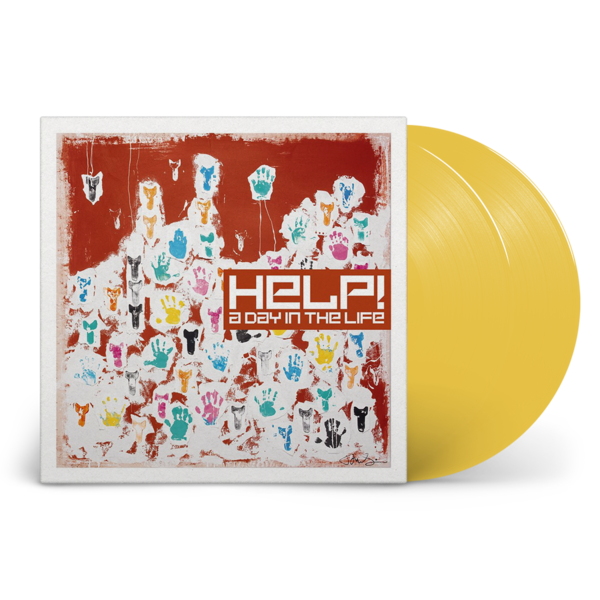 To celebrate the tenth anniversary of the iconic HELP album a new generation of artists came together to create, at the time, the fastest album ever. They recorded Help! A Day In The Life on Thursday 8th September 2005 which the record available for download just 32 hours later.

Bands delivered tracks from all around the world, Damon Albarn cancelled a flight to China so Gorillaz could record their track, Hong Kong. The Kaiser Chiefs recorded a cover version of I Heard It Through the Grapevine whilst on tour in Berlin, Damien Rice delivered Cross-Eyed Bear in a break recording his second album in Dublin and the Manic Street Preachers sent in their third contribution to a War Child album, Leviathan, from South Wales. In a late addition to the tracklisting Chris Martin recorded a new vocal and lyrics for How You See The World No. 2 from New York and Tuarweg musicians Tinawiren sent in Cler Achel from Paris.

Elbow recorded a new song called Snowball, which lead singer Guy Garvey described as dealing with his outrage at the UK involvement in the Iraq conflict. Its first line: "The biggest mistakes will be forgiven but the snowball of white lies will crush our hearts.” And a significant contribution came from Emmanuel Jal, a former child soldier and refugee from Sudan who donated the track Gua.

Alongside The Manic Street Preachers and Radiohead, John Squire also returned from the original HELP album to design the cover of Help! A Day which also features illustrations from Paul Smith and Duncan Lloyd of Maximo Park.

Help! A Day In The Life will be available in classic black vinyl, red vinyl exclusive to War Child Records D2C store and yellow exclusive to independent retailers.

Help! A Day In The Life is part of a series of four re-releases by War Child Records making the amazing music artists have donated to the charity available on DSPs and vinyl for the first time. All proceeds from these releases will directly fund War Child’s life saving work with children affected by conflict.