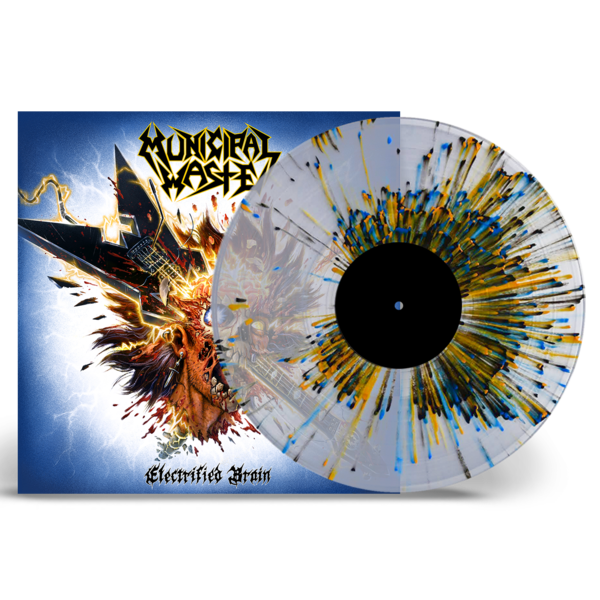 Thrash should leave you breathless, busted-up, and maybe even a little drunk (in a cut-off denim vest adorned with barely legible patches). Since 2001, Municipal Waste have uncompromisingly stuck to their guns as hard-partying and even harder-hitting torchbearers of 21st century thrash metal. The Richmond, VA quintet—Tony Foresta [vocals], Ryan Waste [guitar], Philip “Landphil” Hall [bass], Dave Witte [drums], and Nick Poulos [guitar]—have transformed from a cult favorite into metal mainstays for a generation. Along the way, Decibel touted The Art of Partying in its coveted “Hall of Fame” and asserted it “revved up interest in thrash and inspired a fresh wave of youthful new bands.” Metal Hammer christened The Art of Partying one of “The 50 Greatest Thrash Metal Albums Ever,” while Loudwire pegged The Art of Partying as “The Best Thrash Album of 2007” and Hazardous Mutation as “The Best Thrash Album of 2005.” The guys have sold out countless shows on multiple continents and piled up tens of millions of streams in the process. 2017’s Slime and Punishment bowed in the Top 3 of the Billboard Heatseekers Albums Chart, and The Last Rager EP only accelerated their momentum in 2019. However, Municipal Waste maintain course as vicious and vital as ever on 2022’s Electrified Brain [Nuclear Blast]. “We’re not writing any love ballads to sell records,” affirms Tony. “We’re just doing what we’ve always done since the band started—and that’s try to write fun, fast, and ripping hardcorepunkmetal.” The boys commenced work on Electrified Brain before the Global Pandemic swallowed 2020 whole. However, they took advantage of the time off the road to perfect their assault. “It allowed us to focus on putting together structured songs,” says Ryan. “We wanted to diversify some of the tempos and bring in some new dynamics that we hadn’t ventured into before.” “It was by far the hardest I’ve ever worked on a record personally,” adds Tony. “We all put a lot into this one.” They recorded in Philadelphia with producer Arthur Rizk [Power Trip, Code Orange]. The sessions would be the first time the band reunited in person after a year. Together, they achieved “a thicker and heavier sound.” Now, the single “Grave Dive” hinges on a downright mean palm-muted riff as a percussive onslaught commences. It builds towards a gang chant call-and-response before a lead rips. “It’s in the vein of songs like ‘Headbanger Face Rip’ and ‘Wave of Death’,” Tony notes. “It’s an inspirational song for our fans to cause bodily harm to themselves, but in a fun and healthy way, of course.” “High Speed Steel” practically splits asphalt with its jagged thrashing. Elsewhere, the title track “Electrified Brain” charges forward on a breakneck riff as a solo wails underneath the vocal snarl. “Electrified Brain is a part of a continuing story about a character we created called ‘The Deathripper’,” the frontman goes on. “The band has a lot of angles we return to lyrically. This is just one of them. Another example would be the large amount of Kurt Russell songs we’ve amassed throughout our catalog. Ryan wrote the lyrics to ‘Electrified Brain,’ and it’s one of my favorites.” “Crank The Heat” trudges over a thick doomy groove into menacing verses. “Our approach to writing it matches the lyrical content insofar as not trying to overthink things all of the time and remembering to enjoy what you’re doing,” exclaims Tony. At the same time, they’ve expanded their influence throughout alternative culture. Ryan released a signature Waste guitar with RIP Custom Guitars, and Dave owns a vegan restaurant called Hang Space in Richmond. Of course, Municipal Waste will present their next beer from Three Floyds Brewing soon. In the end, Electrified Brain will give you everything you’d want from a Municipal Waste record or heavy metal record, period. “We hope you walk away with some bloody ears, blown speakers, pissed off parents, black eyes, and a healthy distrust of authority,” grins Tony. 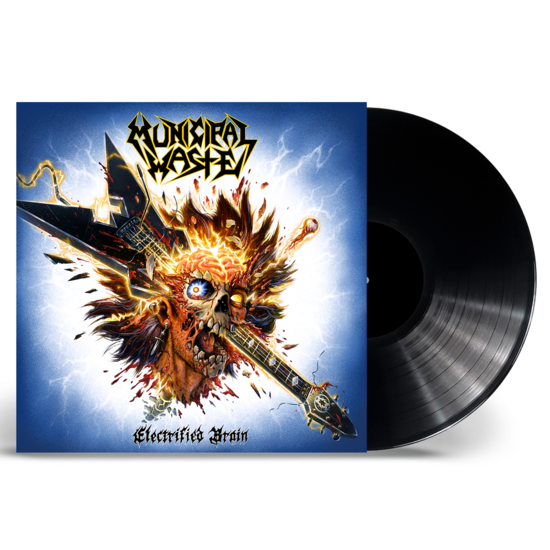