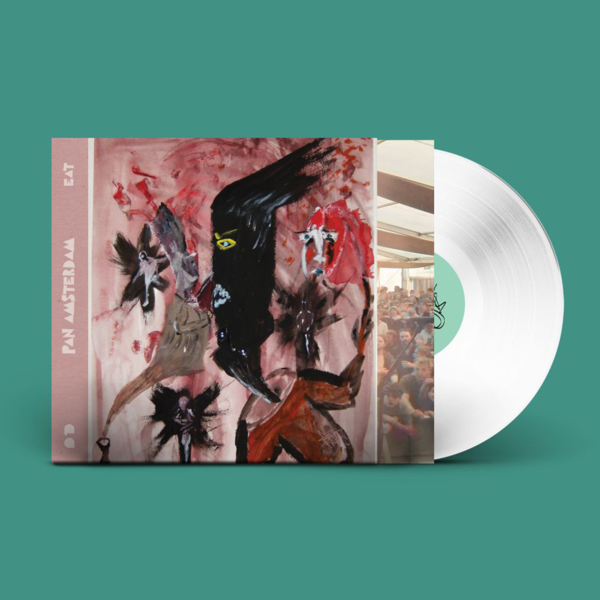 EAT is the brand new album from your favourite rapper trumpeter, Pan Amsterdam. Made with fans of both food and hip hop in mind, the LP opens up a new pocket in the Pan Am dimension: the rapper-producer album. The whole thing’s a collaboration with underground legend and Def Pressé family Damu The Fudgemunk.

EAT lands in the wake of the success of Pan Am’s second album, HA Chu. Food, of course, was a vital component in the culture of that work, with GUTS-produced single Carrot Cake receiving plaudits from the likes of BBC 6 Music, and interludes taking place over Chinese food. HA Chu was named his ‘hostile industry diss record’ by Bandcamp and ‘a jazz musician’s vision of what hip-hop can be’ by The Times.

Whereas HA Chu was conceptualised while Pan Am’s real life alter ego Leron Thomas was on tour as Iggy Pop’s bandleader (Iggy had loved Pan Am’s debut LP, The Pocket Watch, leading to him asking him to write and produce his 2019 album Free), and saw guests such as Sleaford Mods’ Jason Williamson and Doves’ Jimmy Goodwin in his El Diablo guise, EAT’s genesis was slightly different.

About to fly on tour in Europe last year, Pan Am was in need of a DJ. Up steps Damu The Fudgemunk, fresh from creating his KPM library-sampling opus Conversation Peace (on Def Pressé Editions). Tour life led to a mutual musical respect, Damu creating soundscapes in his head as he got to know Pan Am’s intricacies whilst performing together.

‘We had some good hangs and talks,’ recalls Pan Am. ‘In those hangs and talks, it seems Damu was taking musical notes because the music he would give me was fitting like a glove. It reminded me that artists be observant and it pays off in the end. Damn fun making this project.’

Perceiving the world in terms of taste, EAT is musically wistfully joyous and lyrically playful, a full menu with Pan Am your maître d' and Damu the chef du cuisine. Damu’s beats are deep, warm, melodic and progressive, a perfect playground for the duality of Pan Am’s beat poetry and Leron’s caressing trumpet, which as always is a persona in itself. 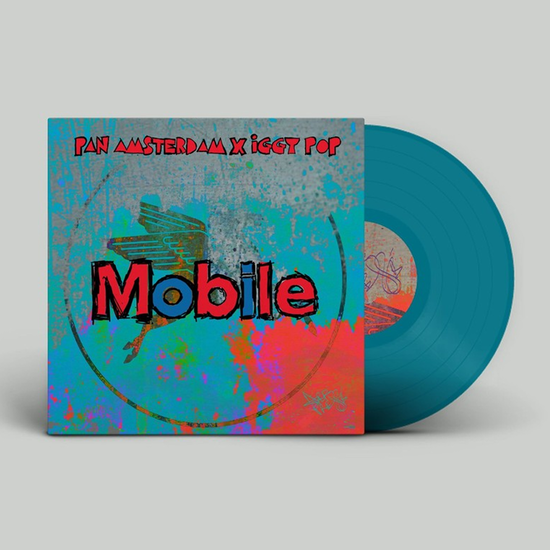 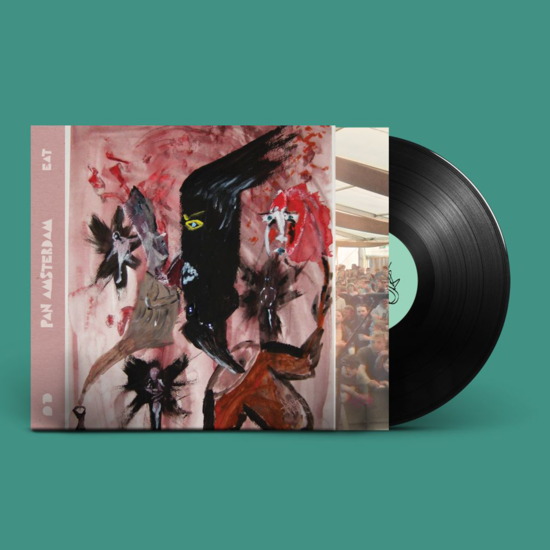