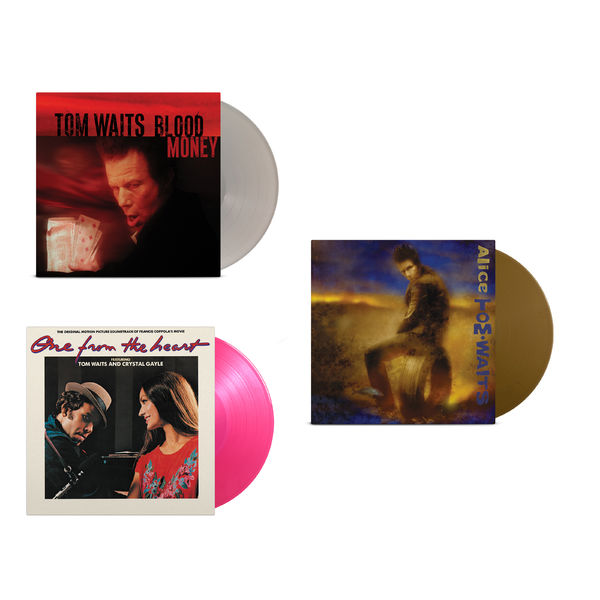 One From The Heart is the soundtrack album to the 1982 American musical romantic drama film of the same title, which was co-written and directed by Francis Ford Coppola. The film is set entirely in Las Vegas and stars Frederic Forrest, Teri Garr, Raul Julia, Nastassja Kinski, Lainie Kazan and Harry Dean Stanton.

The soundtrack is composed by Tom Waits, who has been actively making music since 1971 and influenced many musicians. In 2015, he was ranked #55 on Rolling Stone’s Greatest Songwriters of All Time. For the soundtrack album One From The Heart, he teamed up with singer Crystal Gayle, who performed either solo or in duets with Waits. The album was nominated for an Academy Award for Original Music Score.

One From The Heart is available as a 40th anniversary edition of 2500 individually numbered copies on translucent pink coloured vinyl.

Blood Money is etched. It’s scratched out in bold, dark lines, with marimba, trumpet, and bass clarinet and contains some songs of Tom Waits’ most memorable melodies. The songs are declarative, sardonic, unforgiving, musical dispatches, from the bottom of the heap. “Blood Money is flesh and bone, earthbound,” said Waits. “The songs are rooted in reality: jealousy, rage, the human meat wheel...They are more carnal. I like a beautiful song that tells you terrible things. We all like bad news out of a pretty mouth. I like songs to sound as though they’ve been aging in a barrel and distressed.”

Double 180 grams metallic gold vinyl in a 5mm spine sleeve, with an etch on side D.

Alice is one of the most distinctive of all Waits’ creations, occupying its own corner in the odd-angeld room that is Tom Waits’ body of work. While there are familiar parts—the redoubtable ragged voice, jazz ballads and poignant musings on death and longing—the whole is strange and exotic. A devastatingly beautiful atmosphere made of sorrow and reverie, insanity and resignation, rises like a mist in Alice. It’s a lyrical melancholia, a feeling that creeps in on the arms of Stroh violins and unabashed poetry. These are songs to fall into, and sometimes, to keep falling. There are fragile, haunted musings, and laments, mad ruminations, and tales of unrequited love and anthems from beyond the grave. 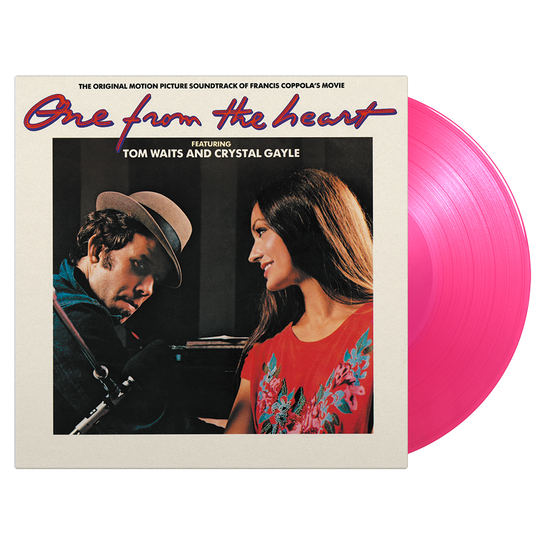 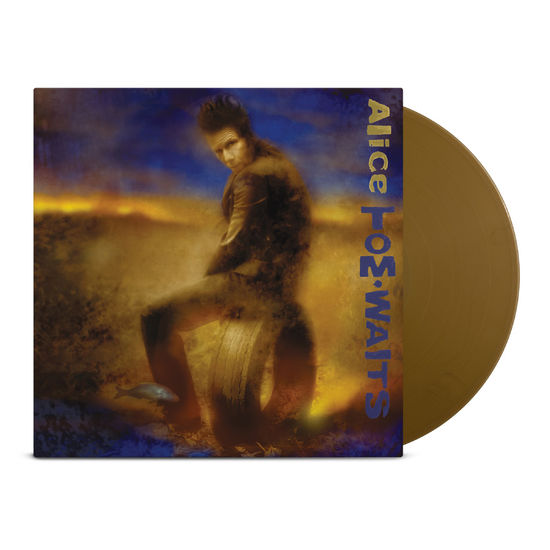 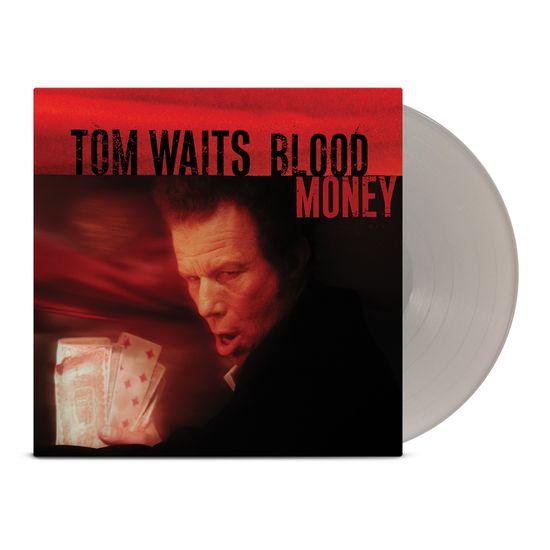