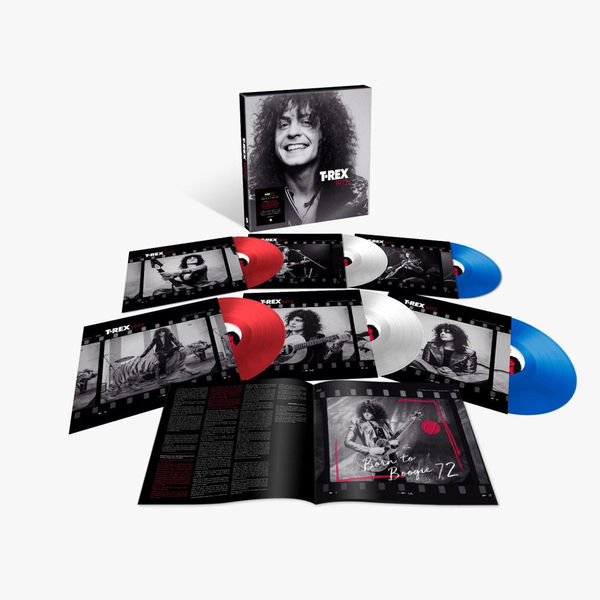 Having risen to superstardom through 1971, 1972 saw Marc Bolan attain the heights of “T. Rexmania ”, or “T. Rextasy ””, as the press dubbed the frenzy that took over the UK’s music scene. This box set celebrates that year . For the first time, it brings together the 1972 studio recordings, broadcasts and performances made by Bolan and his band, T. Rex, putting the listener into the shoes of a T. Rex fan that year : singles, albums, live concerts, radio broadcasts, a film soundtrack and more . Bolan started 1972 with a brand new single on his own brand new record label , The T. Rex Wax Co. “Telegram swiftly reached the number 1 spot in the charts , his third chart topper in under 12 months. In March, T. Rex played two sell out concerts at Wembley’s Empire Pool , later featured in “Born To Boogie”, a feature film directed by Ringo Starr that included guest performances from Elton John and Ringo. May saw the release of another number 1, “Metal Guru”, followed in July by “The Slider”, the classic The band also toured the US twice in 1972 , Bolan taking the opportunity to perform solo acoustic sessions for local radio stations. And of course the band featured regularly on the BBC throughout the year, recording special sessions for Radio 1 and Top Of The Pops . T. Rex ended the year with the singles “Children Of The and “Solid Gold Easy Action” and the T. Rex Fan Club 1972 “Christmas Record” Flexi Disc (included here in its entirety). The booklet contains a specially written 1600 word note by producer Tony Visconti , as well as a brand new 12,000 word essay by acknowledged Bolan authority Mark Paytress (author of the definitive Bolan biography). Also featured are many previously unpublished photos taken by Keith Morris in the course of 1972. The box set contains: •“The Slider” album •“Live At Wembley” The Matinee Show plus two previously unreleased 1972 mixes from The Evening Show •“Born To Boogie” The Soundtrack Album issued in full for the first time •Marc Bolan’s US Radio Sessions •T. Rex on the BBC in 1972 featuring rare version of ‘Telegram Sam’ from the Christmas Top Of The Pops •1972 B sides and the T. Rex Fan Club 1972 “Christmas Record” Flexi Disc •Illustrated 24 page 12x12 book including •Essays by Tony Visconti and Mark Paytress 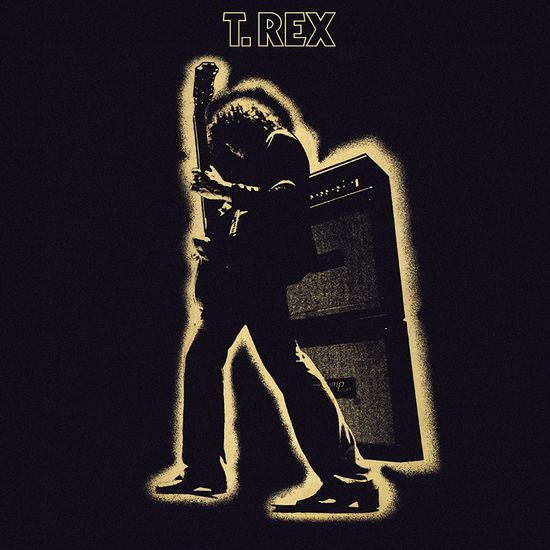 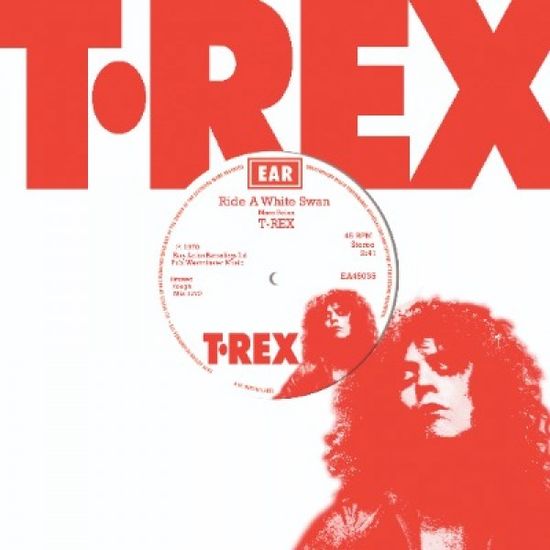 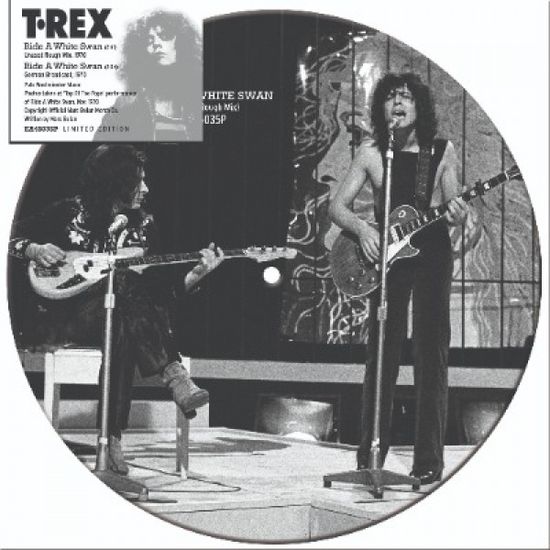 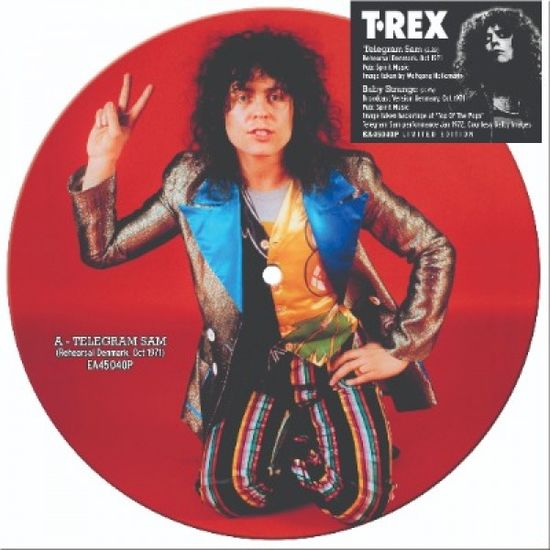 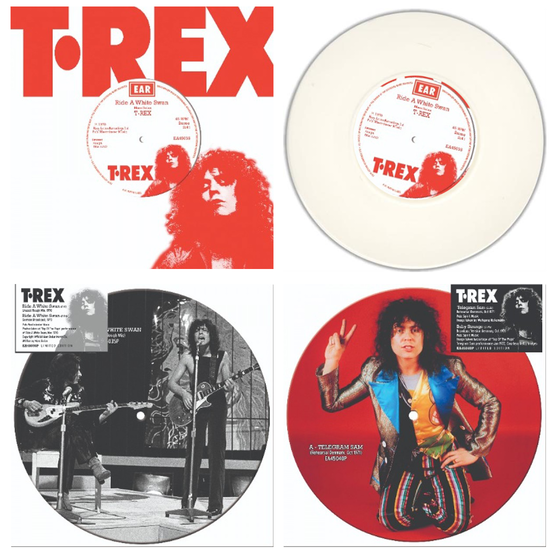 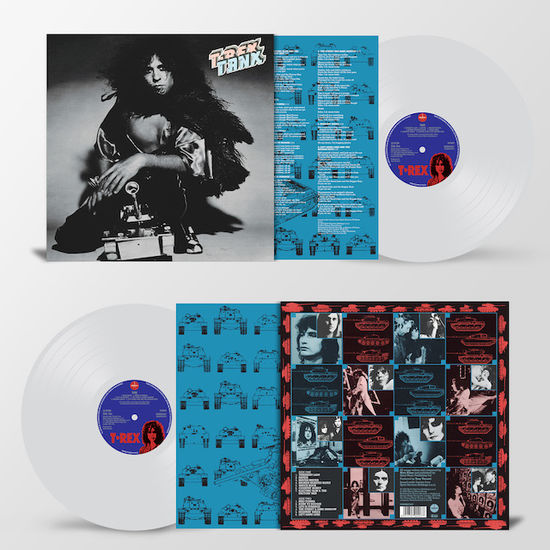 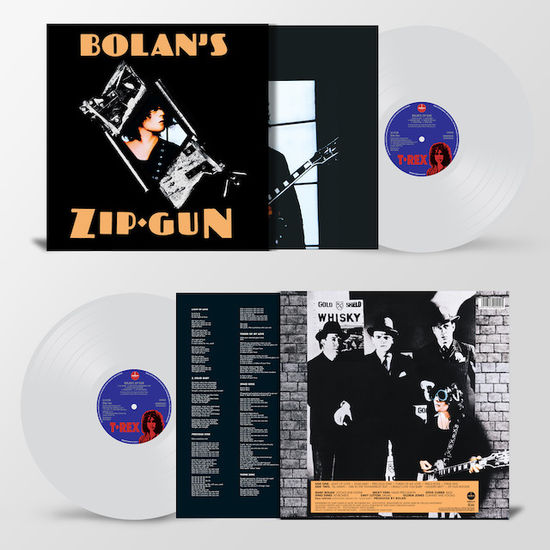 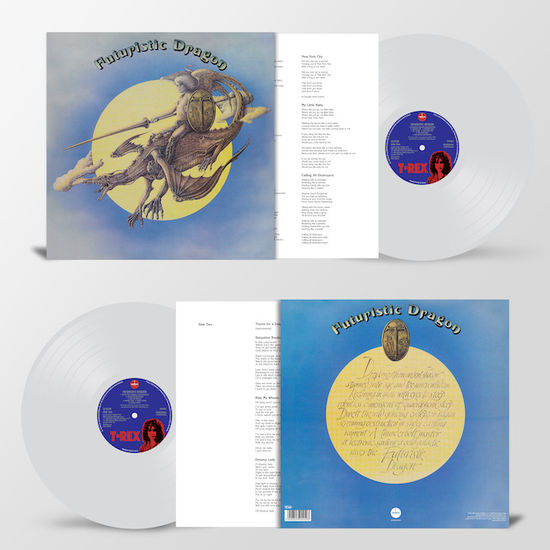 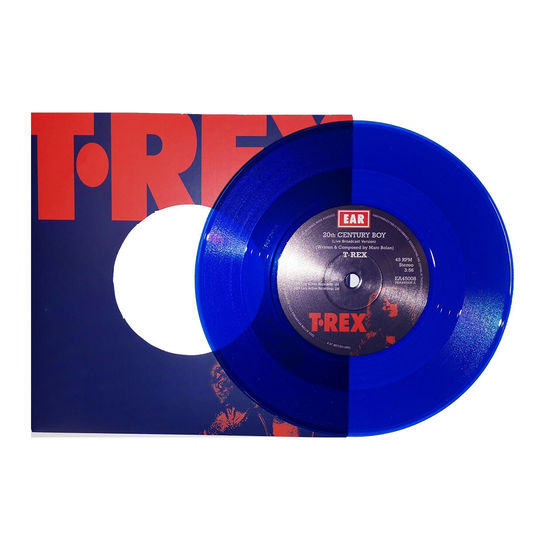 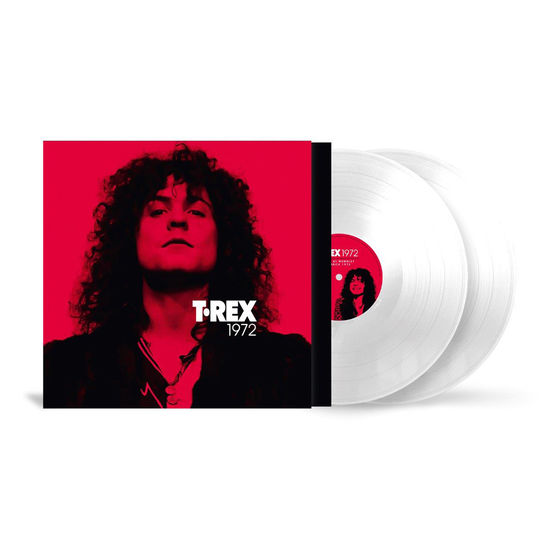 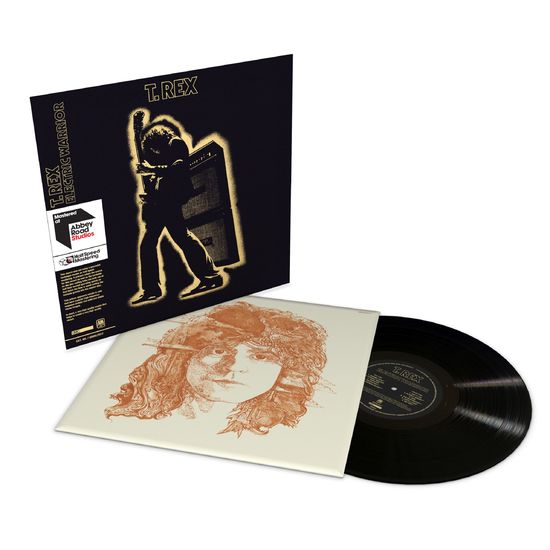